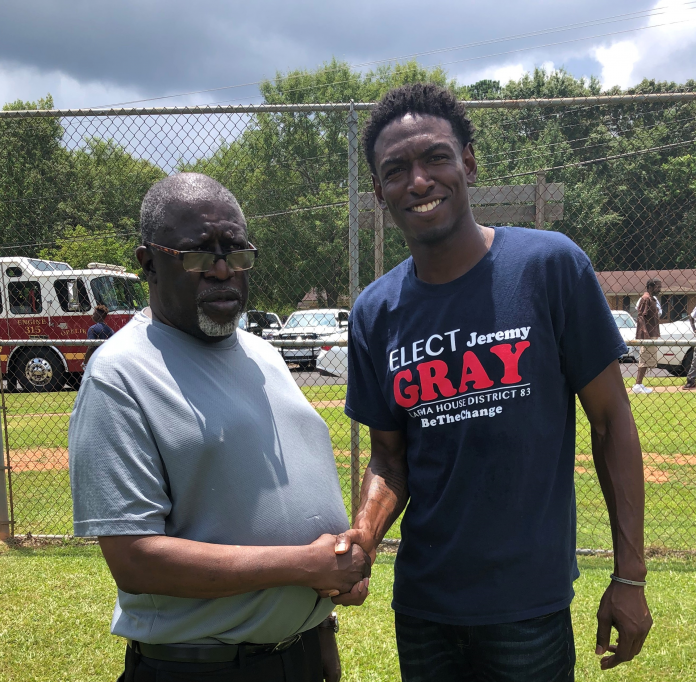 On June 30, 2018, I, John Andrew Harris, have decided to endorse and give my full support to the candidate I believe is the best person to serve as the next Alabama House of Representatives for District 83. After the primary on June 5th, I was contacted by Councilwoman and retired teacher Patsy Jones who stated she thought I should support her campaign because of her experience as the councilperson in Opelika as well as her work at the Alabama Educators Association (AEA) and the Alabama Democratic Conference (ADC). Patsy and I really know one another and have been around each other for a long time. We both have been in Opelika and Lee County politics for some time; however, I’ve really tried to serve the people, protect the people, and do something for the area I represent in Opelika and throughout Lee County, and I know that the people know the difference and understand that.
Although faced with the disappointment of running a hard-fought race and not having the outcome I was hoping, I have served this community for 30 years and will continue to serve the community. And, it was the call I received a week after the primary when I talked to Jeremy Gray, Mr. EYG that helped me to understand what the people see in this young man. Jeremy Gray said he contacted me to thank me for running a good race and the service I have provided to the community and asked me if I would serve as a mentor or an advisor to him. I appreciated that. I had heard people saying good things about Jeremy “Mr. EYG” Gray and all the good thing he was doing with his business, his nonprofit, the community resource center, and the people, but it was at that point, I really experienced who Jeremy Gray, the man, is for myself. That is important.
I am a man that is for the people, and it’s the voice of the people that has always moved me into action. And, now the time has come for me and those who support me to be a part of the change that is needed today. Special interests groups and the will of rooted politicians have far too often prevailed over the legitimate voices and concerns of the people they were entrusted to serve. City council meetings and county commission meetings and public hearings have become exclusive member gatherings instead of the halls of representation and the vehicles of change they were supposed to be. I heard Jeremy Gray as Patsy and I debated him. I liked that Jeremy Gray has a presence that stands on its own. Even before the election season, I had seen Jeremy Gray in the community working hard. So, District 83, it’s time for real change.
Therefore, today, June 30, 2018, I am placing my full endorsement, my effort, and my support for the type of change we need, and I appeal to all the people to consider Jeremy Gray’s run for office and encourage you to groom and support this next generation leader as our next Alabama State House of Representative for District 83. Lee and Russell County, on July 17th, Jeremy “Mr. EYG” Gray has my vote. He is a candidate with an independent voice.
“I would like to thank Commissioner John Harris for his support and his commitment to vote for me in this upcoming run-off. I am honored because I know that Commissioner Harris has been a true and dependable voice for more than 30 years in this community. It is his knowledge, instruction, and commitment I value, and I promise to incorporate all I can into my own service. Furthermore, I want the district to know that I do not take lightly the assistance Commissioner Harris has provided to my campaign. He has entrusted me with his vote on July 17th. I understand the weight of this responsibility. With his help and yours I will diligently run a great campaign during the general election and ultimately serve as the next Alabama House of Representative for District 83,” Gray said in response in Harris’ endorsement.