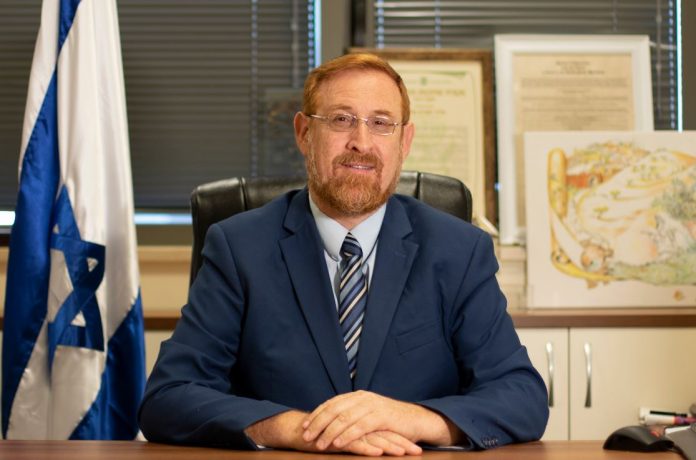 Former Knesset Member Yehuda Glick held a speaking engagement at First Baptist Church of Opelika on May 5, with topics ranging from history and religion to politics and prophecy pertaining to Israel.
Glick, a U.S.-born Jew, served one term in the Knesset, Israel’s unicameral parliament. He is best known for his stance as an activist pushing for his country to have increased access to the Temple Mount in Jerusalem.
On May 5, 1943, Alabama lawmakers passed a joint resolution “calling for the establishment of a Jewish state and homeland.” Last month, nearly 66 years after making that historic stance, Alabama lawmakers passed special legislation recognizing Jerusalem as Israel’s permanent capital and celebrating the Trump Administration’s relocation of the U.S. Embassy Offices from Tel Aviv to Jerusalem. Groups like the Alabama-Israeli Task Force work to promote a healthy relationship among the U.S. and state of Alabama with the nation of Israel.
These landmark events helped Glick select speaking in Alabama on May 5 to commemorate that occasion, and engaged in a 70-minute Q-and-A talk with First Baptist Church Opelika Pastor Jeff Meyers.
At the end of the session, Glick announced the formation of the “Shalom Jerusalem Foundation,” which will continue his previously mentioned goal of expanding Jewish access to the Temple Mount. Interested organizations in Israel, the U.S. or anywhere else in the world can book Glick for speaking engagements via www.shalomjerusalem.org.
For more information or to watch a replay of the Q-and-A session, like and follow Glick’s Facebook page.