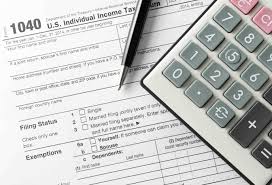 Individual taxpayers have two options when they file their personal federal income tax returns- take a standard deduction or itemize deductions. Under the new tax law effective for 2018, the standard deduction nearly doubled compared to the amount under prior law. This change makes it less likely that the sum of a taxpayer’s itemized deductions will exceed the larger standard deduction. The Tax Policy Center estimates that, under the new tax law, the number of taxpayers that itemize their deductions will fall from 46.5 million in 2017 to 19.3 million in 2018.
A potential side effect of fewer taxpayers itemizing their deductions is that these taxpayers may choose to reduce or eliminate charitable contributions to not-for-profit organizations because their contributions will no longer reduce their personal income taxes. The Joint Committee on Taxation estimates that individuals will reduce charitable giving by $13 billion annually because their donations will no longer be tax deductible.
One strategy that allows individuals to continue to donate and potentially receive tax benefits is to “bunch” donations to charities in specific years, while limiting donations in other years. When individual taxpayers contribute by bunching donations, they combine multiple years of “normal” annual charitable contributions into a single year.
Suppose a married couple gives $20,000 of donations each year, and they have $5,000 in other itemized deductions. If these deductions are the same for 2018 and 2019, they will be able to deduct $50,000 over the two years. By “bunching” two years of donations into one, they would donate $40,000 in 2018 and $0 in 2019. In 2018, they would itemize the deductions since their total itemized deductions would be $45,000. In 2019, they would use the standard deduction which would amount to $24,000. For the two- year period using the “bunching” technique the total deduction would be $69,000. Just by “bunching” over the two-year period, they would be reducing their income by $19,000 (Bunching of $69,000 versus $50,000). Assume that you are in a 25% tax bracket, then your savings would be $4,750 over the two-year period.
Even with the tax savings, many clients are hesitant to do this because they feel that the charity would have a surplus of funds one year and a shortfall the following year. This is where the Community Foundation of East Alabama can help bridge this gap. Individuals can make donations to the Community Foundation of East Alabama in one year, get the tax donation in the year they make the donation, then have the Community Foundation of East Alabama distribute the money over multiple periods. This would allow the individuals to “bunch” the donations and save on their tax without creating a surplus/shortfall for the charity.