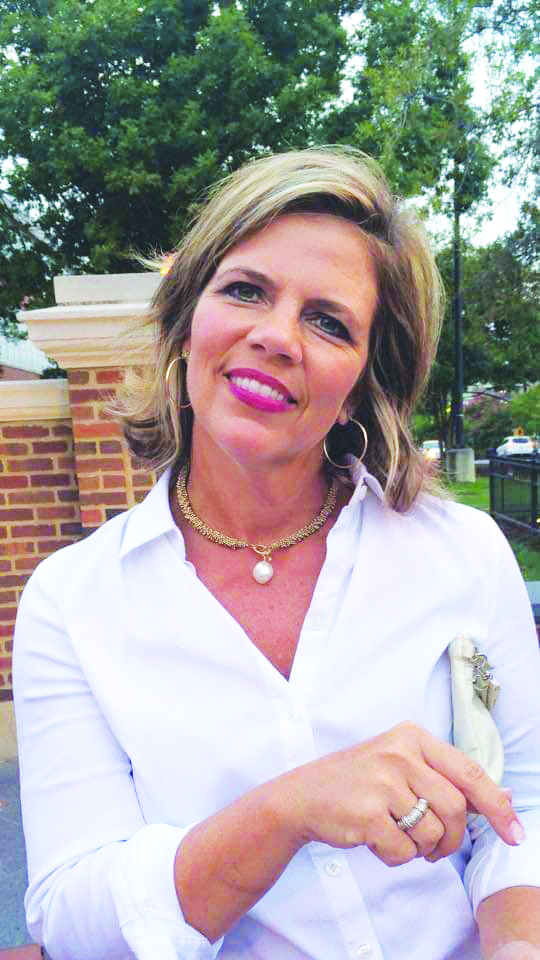 By Steve Bass
For the Opelika Observer

Last Friday night, I received the worst phone call of my life. My friend John Fuller called to let me know that his wife Sharron Fuller, one of my very best friends, was killed in a car wreck that night. I was devastated to say the least. I collapsed in the floor in complete shock. Then, before running to their home to be with their family I had to do the unthinkable and call our other two best friends and relay the news. I’m still haunted by the shattered screaming of disbelief and sorrow that came through the phone. The reason this hurts us all so much is because Sharron’s light was so bright and she impacted all who knew her for the better. Sunday night’s attendance was evidence of this, as more than 700 people packed into our church for her memorial service. We cried a lot, we laughed some, and we loved much. Hugs were plentiful Sunday night because she was a big fan of hugging, whether you liked it or not. Each embrace helped us to feel as though she was still with us, so it was hard to stop hugging each other. I want to pay tribute to a woman who changed my life, and so many others for the better.
Sharron came into my life about a decade ago when she volunteered to teach a high school Sunday school class. Little did we know that this would blossom into something that would change the course of our student ministry and both of our lives forever. Sharron became the permanent high school Sunday School teacher shortly after and she discovered her true calling in ministry. She loved student ministry! She would often talk about how her life changed after finding the place where she was called to serve because of the incredible satisfaction and joy she found in it. She would burst in the door each Sunday morning singing too loudly and certainly not on key, “GOOD MORNING!” Then she would proceed to hug every single person in the room, which was sometimes awkward for first time visitors, but she was going to show them love anyway.
Sunday school was just the tip of the iceberg for Sharron’s impact on our students at Trinity. The longer Sharron served in our ministry, the more roles she took on, and quite frankly the more successful our ministry became. She certainly had the Midas touch. She went on almost each and every youth trip for the decade she worked with us. She helped us create the Winter Retreat, which is our most attended and probably most looked forward to trip each year. Sharron ran the kitchen for the weekend and she was a rockstar! She would organize the preparation, cooking, and serving of 40-65 people three times a day and everyone loved her cooking! Her leadership, abilities, and personality are what made the Winter Retreat such a great success year in and year out. This January, it won’t be the same but we promise to honor her legacy by continuing the great work she always did.
Another of Sharron’s major roles in our ministry was one of the great joys of her life, which is the Mexico Mission trip, where we build houses for poor and needy families in the Baja Peninsula. Sharron participated in this mission trip for the last seven times as did both of her children. Sharron became one of the key leaders in planning and implementing the trip as well. This is one of the places where Sharron shined the brightest. I believe this trip was a combination of many things Sharron loved: serving, building, loving others, family, friends and Jesus. Sharron not only was a leader and planner of this trip but would contribute financially to students who couldn’t afford to go so that they could share in this great experience. It is hard to understand Sharron’s amount of influence, but dozens of families in Mexico have had their lives and futures forever changed because of her. That’s a legacy worth honoring.
Sharron loved her family, and she had a fantastic one. Her husband John and two children: Kathryn and Houston are as good as anyone I know. Sharron was the ideal wife and mom, and took care of her family with great pride. My heart breaks at the thought of her not being there for all the milestones that are to come. The holidays, the family gatherings, the weddings, the birth of grandchildren, will not have the same amount of joy that they would have had with her there. I love to think about what a crazy awesome grandmother Sharron would have been (however no grandkids in the history of the world would ever been sugared up as much as hers would have been)! I know there will be a gaping hole left in a wonderful family, and a pain that can only be helped with the comfort that we have in Christ.
Sharron was an incredible person, the kind of person you want to be around and become like. She served wholeheartedly with a smile on her face and joy in her heart. She had a beautiful smile that would light up a room. She was a great encourager. She loved to build up others. Her compassion for others was unmatched. She was a great friend who would go out of her way to help you in any way she could. Sharron was the best of all of us. She was an amazing wife, an amazing mom, and an amazing friend. The world got a little dimmer when her light was extinguished. I hope we all strive to live as she lived, love as she loved, and serve as she served: with our whole hearts, and a smile on our faces and joy in our hearts. Maybe then we can pick up the torch she laid down last Friday, and brighten the world more each day.