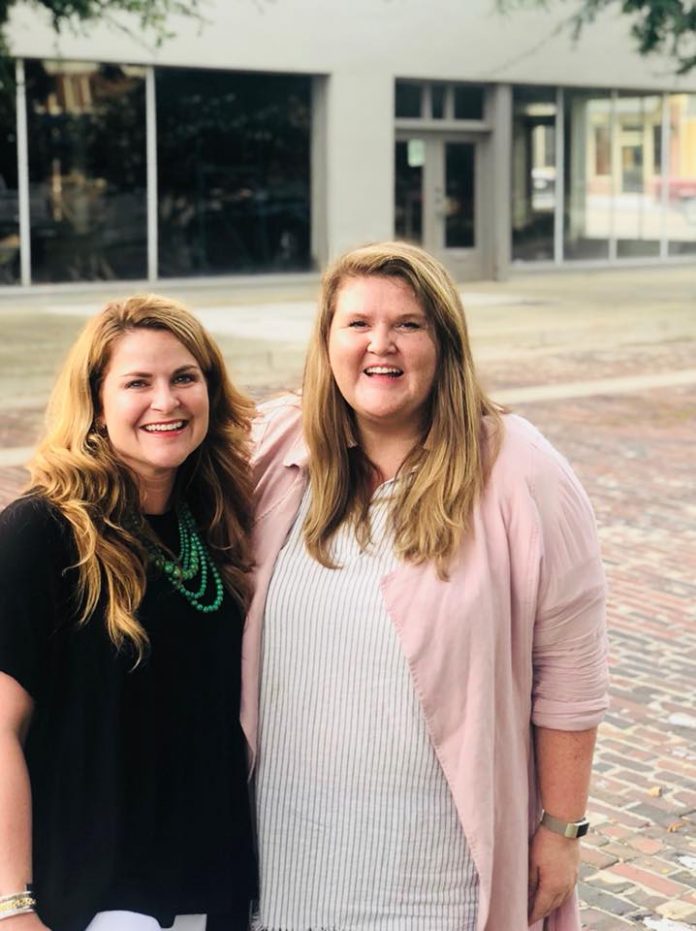 IE Designs and Oliver Henry of Auburn and downtown Opelika’s Studio 3:19 are combining forces to open a shared space at 804 N. Railroad Ave. in early October.
A collaboration between residential designer Stacey Jordan and Southern fashionista Molly Anderson, the new space will provide both women with the chance to expand and complement each other’s businesses.
“Opelika is already a destination for shopping and restaurants, and I believe that we will fit in perfectly (with that scene) and be a one-stop shop for visitors. Not only will you be shopping for items for your home, but you’ll be shopping for gifts and items for yourself and others,” Jordan said.
The two met earlier this year while on a tour of their future space, which resulted in an almost instantaneous connection according to Anderson.
“Prior to us meeting, I couldn’t tell you how many people were coming up to me asking me if I knew Stacey. We both had people in our ears telling us how neat it would be if we merged together, and now we’re only weeks away from that happening,” Anderson said.
Home accessories, design and furnishing are the focal points of Jordan’s IE Designs and Oliver Henry. Brands whose products are sold through her two businesses include Baker, Eastern Accents, Hickory Chair, Kravet and more.
Anderson opened the Opelika location of Studio 3:19 in September 2014. Though her primary target group is college-age men and women, she said she carries products for people of all ages and has worked the last four years to expand the range of clothing sizes offered at her shop.
Owned by Opelika businessman and Ward 3 Councilman Dozier Smith T, the building’s construction and renovation process is nearly complete. Once finished, both women said they plan to hold a soft opening for their joint space Oct. 1.
From Oct. 1-8, Anderson said she will hold a closeout sale at her soon-to-be former space at 204 S. 8th St. to liquidize as much inventory as possible to help with the move and expansion to a new location.
Oct. 11 is the scheduled grand opening for both businesses. Once opened, their hours will be 10 a.m. – 6 p.m. Monday-Friday, 10 a.m. – 4 p.m. on Saturdays and closed each Sunday.
For more information or updates, like and follow the three businesses on social media.