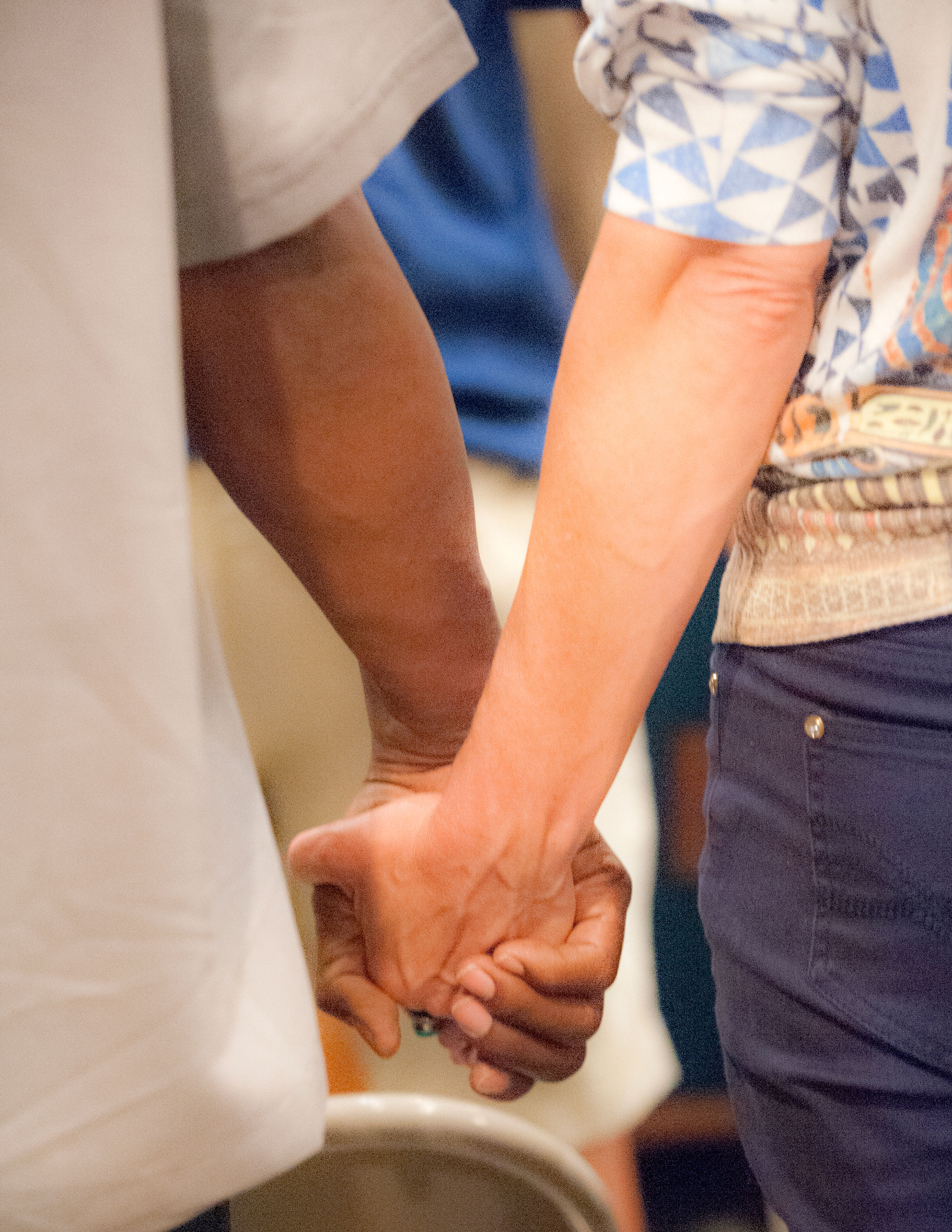 On Tuesday night, July 12, the parking lots were full at Jeter School and Greater Peace Missionary Baptist Church as people of all ages, races and occupations, well, maybe a little heavy on the law enforcement-related side, came together for prayer. Pastor Clifford Jones of Greater Peace organized a time for people of the community to come together for prayer for a time of healing for our neighborhoods, our city and for our law enforcement first responders.
Almost a thousand people spent over an hour in prayer and singing hymns. Robert Williams led a prayer for healing; Tommie Agee led a prayer for the city; Rev. Melvin Owens, a prayer for first responders; Alvena Williams, a prayer for the state; Rev. Mike King, a prayer for the nation and Bill White, a prayer for unity. Altwone Littleton played musical interludes between the prayers as well as the prelude and the postlude.
As Rev. Owens began his prayer for first responders, he asked all first responders to stand and be recognized . Roughly 40 local law enforcement officers from the U.S. Marshal’s Office, Lee County Sheriff’s Office, and the Opelika Police Department stood during the prayer.
As Rev. Earl Ballard did the benediction, everyone was asked to hold hands since touching makes us feel closer to each other.
So many of our community came together to lift up their prayers and songs to God to heal our country that is so divided at present. Most went away feeling closer to each other. Our prayer is that this feeling will spread.