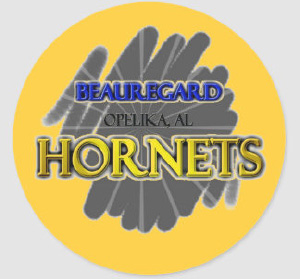 The Beauregard Varsity softball team fell to 8-9 on the season after going 1-4 in its last five games.

The Lady Hornets fell to BrewBaker Tech 3-2 in their first area game of the season. Despite the loss, Madison “Mac” McDonald had a strong game, allowing one earned run on four hits over seven innings, striking out four batters. She was also 3-of-3 at the plate with a double, triple and 2 RBI. Cat Henson, who is leading the team with a .500 batting average, .622 on base percentage and .767 slugging percentage, went 1-for-2 with a walk.

In the game, an away trip to Benjamin Russell on Tuesday, Beauregard suffered another close loss. After falling behind 5-0 in the second inning, the Lady Hornets scored five unanswered runs to tie the game in the top of the seventh inning. They were unable to hold onto the tie as Benjamin Russel walked it off in the bottom of the seventh.

The Lady Hornets were led by Katie Wilkerson who was 2-of-4 with a home run, double and two runs. Henson has two runs scored and Carolina Willis was 1-for-3 with a double and two RBI.

Beauregard followed that up with a 10-3 loss to Smiths Station 10-3 on Wednesday, but rebounded with a dominant 16-1 win over Russell County on Thursday.

The Lady Hornets then travelled to Pike Road on Monday and fell to their area rival 14-3. The Hornets have a good chance to bounce back in another area test at home on Thursday against the 5-6 (according to maxpreps) Tallassee Tigers.