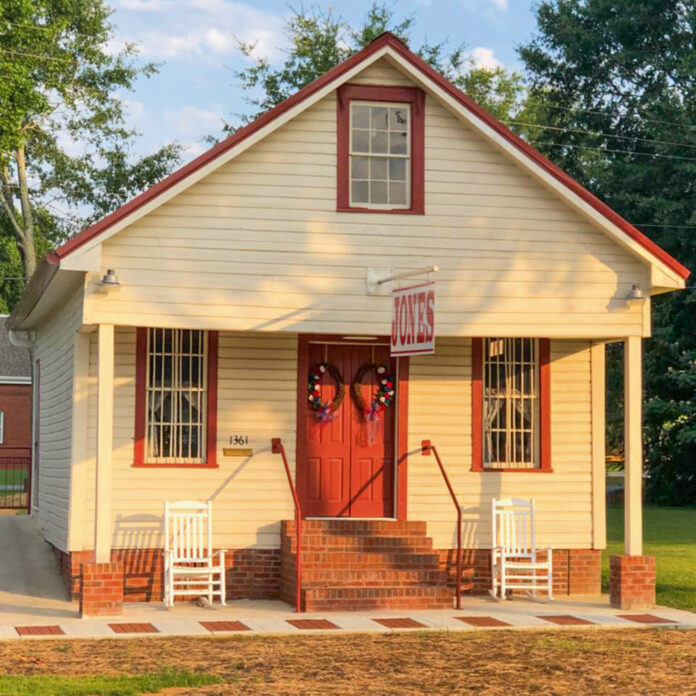 Courtesy of the
City of Smiths Station

The Alabama Historic Commission voted today to add the City of Smiths Station’s Historic Jones Store to the Alabama Register of Historic Places, making it the second historic structure in the Smiths Station community to receive this distinction.

The city will soon receive, install and later dedicate a historic marker in front of the museum.

“The importance of preservation is something that our city’s administration and Historical Commission take very seriously, and we are excited that we reached another milestone in preserving in our city’s history,” said Mayor F.L. “Bubba” Copeland.

Following a nearly two-year restoration process and conversion to a museum, the City held a public ribbon-cutting ceremony for the structure in July 2019. Currently, the store houses a number of artifacts pertinent to Smiths Station’s heritage, and it includes exhibits commemorating individuals who have contributed to the City both past and present.