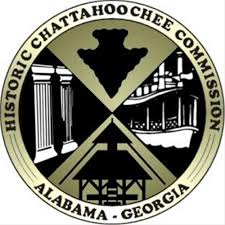 By Douglas C.
Purcell
Special to the
Opelika Observer

Effective Oct. 1, the Historic Chattahoochee Commission will officially go out of existence as a bi-state agency of Alabama and Georgia.
Legislation introduced during the last sessions of the Alabama Legislature and the Georgia General Assembly was approved to dissolve the commission. Failure to receive an annual appropriation from the State of Alabama during the last eight fiscal years resulted in this decision which was approved by the HCC’s Board of Directors.
In 1970, the Alabama Legislature approved the Commission’s enabling legislation. Eufaula Rep. Bill Neville introduced House Bill 34 during a Special Session of the legislature. With the assistance of fellow Eufaula native Sen. Jimmy Clark, the bill became law as Act No. 25.
In October 1978, the HCC became a state agency of both Alabama and Georgia when their legislatures and the U. S. Congress approved interstate compact legislation for its future operation. This legislation was signed into law by President Jimmy Carter. Its program of work was focused on heritage tourism in 18 counties along the lower Chattahoochee River.
During the last 48 years, the HCC has erected over 325 historical markers, published nearly three dozen books on a variety of subjects and generated hundreds of millions of tourism dollars for the Chattahoochee Trace region of Alabama and Georgia while supporting the area tax base and providing badly needed jobs. The commission also spearheaded the development of the Chattahoochee Indian Heritage Center at Fort Mitchell and had a successful folklife program for many years.
The commission’s marker program will remain in place through the Historic Columbus Foundation in Columbus. Several months ago, the HCC and HCF negotiated a letter of agreement which allows this important program to continue well into the future.
Justin Krieg, a staff member with the HCF, will handle all management details relating to the historical marker program. Guidelines for the program may be found on the HCC web site at histchattcom.wixsite com/histchattcom.
The texts of all previously erected HCC historical markers may also be read on this web page. They are arranged in a county-by-county listing in Alabama and Georgia.
Krieg can be contacted at justin@historiccolumbus.com or 706-322-0756. Marker prices are usually updated every year, so it will be important for a sponsor to contact him for updated pricing information.
Once the text for a marker is approved and submitted to Sewah Studios for manufacture, it usually takes 8-10 weeks for the plaque to be delivered to the sponsoring individual or organization.
The National Trust for Historic Preservation once recognized the HCC’s program of work as a model heritage tourism entity. Accolades have also come from other regional and state organizations over the years. However, without a dependable operating budget, it was impossible for the commission to continue its program of work.
Historic Chattahoochee Commission records are now in storage at the Wiregrass Archives, Troy University Dothan. The HCC web page (https://histchattcom.wixsite.com/histchattcom) will be maintained for an indefinite period of time.