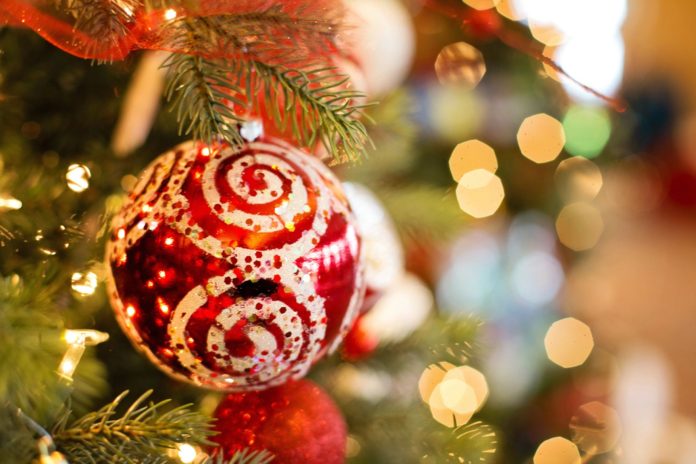 The “War on Christmas” didn’t seem quite so heated this year.
Given the attention span of most Americans, maybe the folks who last year got their knickers bunched when someone wished them “Happy Holidays” instead of “Merry Christmas,” just ran out of steam.
Or maybe they took note of the definition of “holiday” that has been circulating found the Internet – “from Old English haligdaeg, from holy (halig) + daeg (day), in 14c meaning both ‘religious festival’ and ‘day of recreation’”—and we all know that everything on the Internet is true.
So someone wishing you “Happy Holidays” could mean they wanted your holy day to be a happy one. Whatever that holy day might be. December has a bunch.
Jews have Hanukkah, Muslims celebrate the birth of the Prophet Muhammad. Buddhists have Bodhi day.
Shinto takes a break for Gantan-sai. Druids have the Winter Solstice. And the Christians?  Our list includes the First Sunday in Advent, St. Nicholas Day, the Feast of the Immaculate Conception, another Advent Sunday (we have four of them), Go Caroling Day, and of course Christmas Day. We have December covered.
Which is to say that wishing someone “Happy Holidays” is not so much politically correct as spiritually secure.
But don’t forget that in addition to the Holy Days, there are “days of recreation” that some folks take pretty seriously.
Dec. 5 is Repeal Day, when drinkers celebrate the end of Prohibition (though there is evidence that the event is commemorated on numerous other occasions).
Dec. 12 is Poinsettia Day, which is sorta Christmassy but if you’re gonna have that I think we need a Christmas Cactus day.  Wouldn’t want to favor one deep  winter blooming plant over another.
Most of these celebrations explain themselves, but setting aside Dec. 15 as Cat Herders Day, may seem a bit much for some.  Ever tried to herd cats?      Between Dec. 16 and Dec. 23 the “days of recreation” take on a distinct Christmas flavor.
There is Chocolate Covered Anything Day, Bake Cookies Day, Roast Suckling Pig Day, Look for Evergreen Day, Oatmeal Muffin Day, Date Nut Bread Day, and for those who are overwhelmed by the Christmas spirit, there is Humbug Day. I’m not making these up. I got them off the Internet.
And then, on Dec. 23, there is Festivus. For those left out when everyone else is celebrating something, Festivus is “the holiday for the rest of us.”
Festivus first appeared on an episode of Seinfeld, and it has evolved into an as-yet-unrecognized-by-any-governmental-agency-state-or-federal holiday.  Dedicated to de-commercializing Christmas (and any other celebration being marketed to  death), it includes a simple aluminum Festivus Pole instead of a Christmas tree, a Festivus dinner (meatloaf, mashed potatoes, English peas, with a nice Merlot), and the ritual “airing of the grievances,” in which each attendee tells the others how disappointed they have been in them the past year.
Unfortunately the Festivus Pole became a point of contention a few years ago when one made out of beer cans was erected on the grounds of the Florida state capitol in protest against the Nativity Scene that was there.  Those faithful to the true meaning of Festivus bemoaned the politicalization of the holiday and one could hear mutterings about a “War on Festivus.” Meanwhile, Christians keep rolling along.
On Dec. 24, Italian Americans have the Feast of the Seven Fishes, a wing-ding seafood dinner that marks “the vigil” they keep, waiting for the Baby Jesus.  If they are Catholic (and who among them isn’t?)  and not too sleepy, they go to Midnight Mass.
Many Protestant churches also hold Christmas Eve celebrations and stay up until midnight, but those with small children have to get them home and in bed so  Santa can arrive. Then it is Christmas Day. Does the celebrating stop there? Not hardly. No sooner is the Baby Jesus put in the manger than Christians begin getting ready for the Wise Men to come trotting in, and on Jan. 6, Epiphany is celebrated by different faiths in different ways.
Squeezed in among it all is Kwanzaa – Dec. 26 to Jan. 1 – during which descendants of those who were scattered in the great African Diaspora recall the heritage of their homeland.
All of which is to say that during this joyous time of the year, there are more than a few holidays to wish happiness to those you meet.
As for the War on Christmas, and by implication on Christians for whom Christmas is a sacred celebration, by my count Christians have always dominated the season.
Asking myself what would Jesus do, I went through December wishing my fellow man “Happy Holidays,” in hopes that whatever holiday they celebrate is indeed happy.
Harvey H. (“Hardy”) Jackson is Professor Emeritus of History at Jacksonville State University. He can be reached at hjackson@cableone.net.