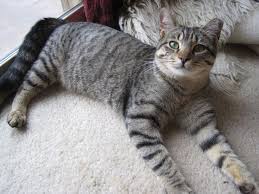 From time to time folks ask me where I come up with this stuff? Now they might really be asking why a grown man with degrees from two Southeastern Conference Universities can’t find something more productive to do with his time. Matriculation at those fine institutions might have something to do with it.
Anyway.
I usually answer that stuff just sorta finds me, like it did the other day when a friend told me to look at the Crime Report in the Jacksonville News.
I did and there it was.
Theft of property, third degree – Victim states
that between 8 a.m. and 3 p.m. Sept. 18, someone
entered his residence and went through the drawers
looking for things. The suspect stole a baggy filled
with marijuana and a Gray Tabby kitten. . . . Case
pending.

No lie. That’s what it said.
Now there’s a lot to write about there.
First of all, getting burgled, then calling the cops to report that the burglar stole your marijuana doesn’t pass what my loving wife calls “the Stupid Test.” Just how smart do you have to be to know that if someone steals something that’s illegal to have, the last thing you need to do is notify the people who arrest folks for having it.
“Yes officer, I was going back in the bedroom to roll a joint and my stash was gone.”
“Don’t worry son. We’ll get it back for you. Then we’ll arrest you for possession.”
Only maybe they wouldn’t lock him up because the victim/criminal could claim that by returning the grass the police were, in effect, planting it on him. Or that since he told them about it, his confession would be thrown out of court because of that self-incriminating amendment.
You will note that I have been using the masculine pronoun to identify the person involved, but it could have been a girl. Remember the kitten — the “Gray Tabby kitten.”
If it had been a boa constrictor, or a ferret, or a pit bull stolen I would have said a guy for sure, but the Gray Tabby muddies the water — gender-wise.
In fact, the Tabby might just be the key to solving the case.
If memory serves, it was William Faulkner who believed that cats were the second smartest animal on earth. (It might have been someone else. I ought to go check. But where I’m writing this, the book ain’t. So let’s just say it was Faulkner and if it wasn’t I’ll set the record straight later. They told me, when I started columning, that columnists do this all the time.)
But back to the story.
Rats are the smartest. They live in your house, eat your food, and that’s it. Pretty good job if you can get it.
Mules are third. A mule will not try to pull something unless it knows, beyond any doubt, that it can. Mules don’t strain. They don’t run races or do tricks like horses. And a mule will work for ten years for one chance to kick you.
In between are cats.
According to Faulkner or whoever, cats once ruled the world. And ruling meant they had to deal with the world’s problems – war, disease, famine, natural and unnatural disasters – all the stuff the flesh is heir to. So a group of the world’s wisest cat philosophers got together to try to figure out a solution. And after weeks of debate they concluded that there wasn’t one. So the only thing to do, they reasoned, was to find an animal so optimistic, so over-confident, so self-centered, so boastful, brash and brassy, that it believed it and its kind could succeed where the cats failed, and attach themselves to it.
Which is why cats look at you the way they do.
And which is why I don’t think there was a burglary at all.
Nossir.
I figure the Gray Tabby kitten took stock of the situation, realized there wasn’t much future living with a pothead, decided to do him a favor and flush the stash. Then it hit the road looking for greener pastures. The fact that Gray Tabby’s ex-“owner” had no more sense than to call the police to report that he had once possessed a controlled substance only confirmed the wisdom of the cat’s decision.
So if a Gray Tabby shows up on your doorstep, think twice before you invite it in.

Harvey H. (“Hardy”) Jackson, is Professor Emeritus of History at Jacksonville State University. He can be reached at hjackson@jsu.edu.