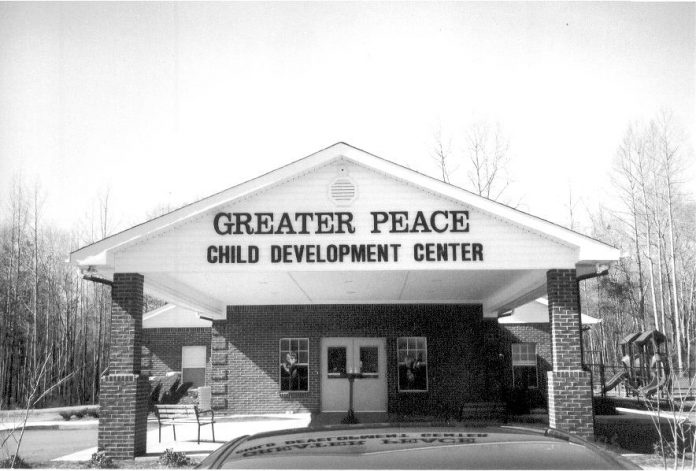 Since the faith-based nonprofit’s formation in 2000, ‘The Greater Peace Community Development Corporation’ has sought to improve the quality of life for all Opelika residents.
Led by Rev. Clifford E. Jones, Greater Peace Missionary Baptist pastor and organization founder, the GPCDC’s mission is to provide the opportunity to impact the community through community and economic development in order to create a better place for people in the Opelika community to live Jones said.
“I think if people see the need of what the GPCDC is doing and the impact that it is having on children and other lives, our hope is that they will give towards that effort in order to help us to be able to save many of these young lives and move them forward so they can have a better life,” Jones said.
Children have been a main focus of the GPCDC since its beginning, with the creation of their flagship program, the ‘Youth Leadership Academy I,’ in late 2000. The program was so successful Jones said that many of the kids did not want to leave the academy. This prompted the organization to create the ‘Youth Leadership Academy II’ in 2003, allowing previous students to return to the program.
“We talk to them about critical issues that they face in life, we talk to them about making good choices, we have a session on having good manners, how to interview and how to dress for success,” Jones said.
Another program geared toward youth is the GPCDC’s preschool-kindergarten program. Funded by the Office of Early Childhood Education and the Office of School Readiness, the program has two classrooms located within the Greater Peace Child Development Center, adjacent to the Greater Peace Missionary Baptist Church.
While the GPCDC has a strong focus on youth, they also tackle the issue of affordable housing. The GPCDC began to solve this problem by buying and redeveloping houses within the Jeter community. This venture then led the GPCDC to create a subdivision known as “Jordan’s Gate,” a $9 million dollar project developed in 2008 and funded by tax credits to promote homeownership for low-income Opelikans.
The subdivision features 48 houses, two to three bedrooms, and a fully stocked clubhouse that includes office space, a fitness center and a laundromat. Tenants are allowed to long-term rent up to 15 years and then they are strongly encouraged to purchase property within the subdivision if they so desire.
“I am just glad to have had the opportunity to have an impact in the community, trying to make peoples lives better. (All people) have a right to have a good education and good start in life and have an opportunity to have a good living facility and home to live in,” Jones said. “While we can’t do everything, the little (thing) we can do is having an impact on those lives that we are reaching out and touching.”
Future plans for the nonprofit include a goal of redeveloping at least two more homes in the Jeter Community within the year. They also plan to construct a new amphitheater, which will seat 200 people that will be shared among The Greater Peace Missionary Baptist Church, Jeter Primary School and any members of the community that comply with the mission of the GPCDC.
“We are always looking for more volunteers and sponsorships. We just try and reach out and get resources whenever we can,” Jones said.
Upcoming events with volunteer and sponsorship opportunities include a Southeastern historical black college tour over spring break, reading to children during the summer months and the GPCDC’s 5th Annual Roast in July.
The roast will showcase a local celebrity that will be announced at a later date.
“The biggest challenge is having enough resources to do the work that we know is needed for this community,”Jones said.
For more information, contact Greater Peace Missionary Baptist Church at 334-749-9487.