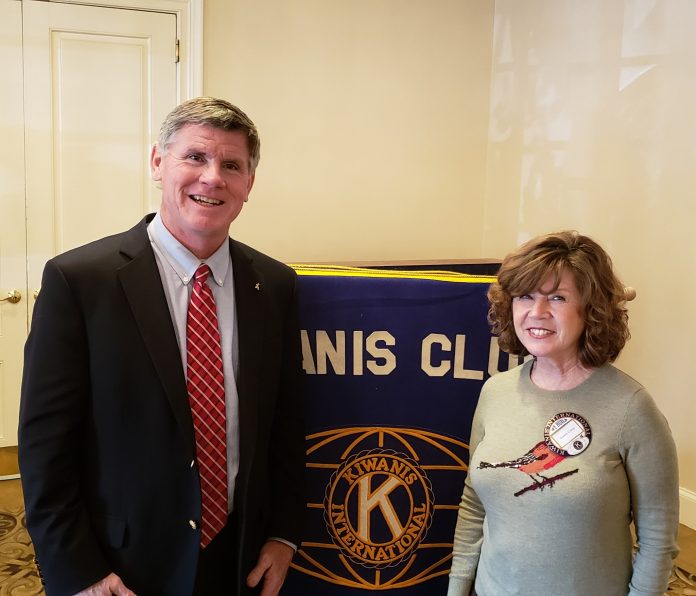 Gordon Stone spoke to the Opelika Kiwanis Club Dec. 6 about the importance of secondary education. He pointed out that without thinking of public education as pre-K through PhD, Alabama will continue to have an under-educated population compared to the national average. Alabama is 48th in the nation’s per capita income. Mr. Stone wants Alabama to stop losing its best and brightest and give hope to those kids who don’t plan on going to college because they don’t think they will be able to.
Alabama’s universities have a $20 billion impact on Alabama’s economy, yet funding has dropped 36 percent (per student) in the last decade.
Pictured left are Gordon Stone and Kiwanis Club member Joanne Camp.