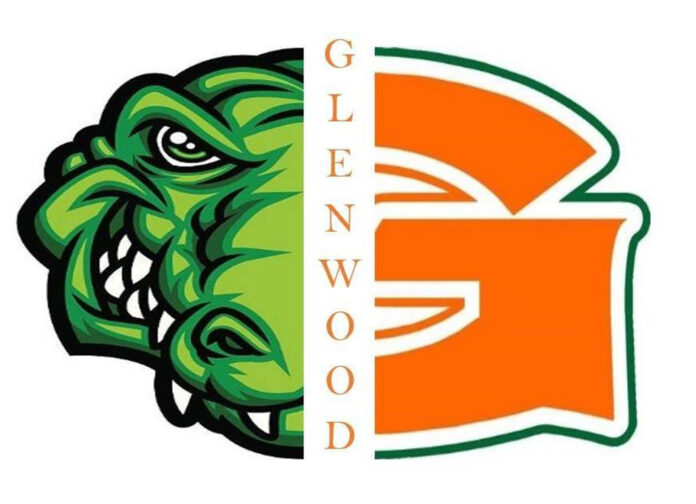 The Glenwood Gators varsity baseball team is in the midst of a 12-game stretch spanning over 14 days.

“People just got to step up and have it matter every day, not just in the big games,” he said. “That’s what is hard to learn as a young person – that consistency. You just can work when you want to work. So, that’s just kind of what we are looking for now, just some consistency and intensity on a more consistent basis.”

The Gators began their whirlwind of games on April 6 with a double header against Springwood. Glenwood was consentient on that night, run-ruling the Wildcats in three innings in both games.

Sophomore Tyler Wadkins got the start and win on the mound in game one. Allowing just two hits, Wadkins was given plenty of cushion as the Gators thrashed the Wildcats from the first pitch, winning 14-0.  Leading the way at the plate was senior Cam Carpernter, who went 3-for-3 with three runs and three RBI.

“Horne hit two home runs in his first two at-bats and then didn’t see a strike after that,” Fanning said.

The next game for Glenwood was against Chattahooche County High School. The Gator bats saw a slight dip in form, and a few Sports Center top-10-worthy plays courtesy of the Cougar outfield kept the game close.

Sophomore Jackson Kennon got the start for Glenwood and went four strong innings, with only two Cougar baserunners scoring while he was on the mound. Fellow sophomore Jacob Page replaced Kennon and threw a scoreless final three innings to earn the save and secure the 4-2 victory for the Gators.

“Page was lights out the last three innings,” Fanning said. “Probably less than 40 pitches in 3 innings, no hits, it was very good.”

Junior Ty Smith was the standout for Glenwood in the batter’s box, going 2-for-3 with a double. Edwards matched Smith’s box score and Carpenter also went 2-for-3, scoring two runs himself.

“It wasn’t like the [Cougar’s] pitching was that much different or anything, like it’s just inconsistency of our hitting really,” Fanning said of his team’s performance. “It’s just so up and down, but we pitched well.”

Americus Sumter High School out of Georgia was the next matchup for Glenwood. Like the tide leaves and returns to the shore, the pop in the Gators’ bats arrived again. Spawned into action by their leader, Horne, the Gators erupted for the 20-9 win. Horne went 3-for-3 with three runs, five RBI and a triple.

“He’s been really hot,” Fanning said of Horne. “He’s got double digit home runs and doubles and around 45 RBI. He’s having a really good year.”

The Gators were supposed to play two games last weekend against Mt. Pigsah and Troup county, but the games were rained out.

The re-scheduled matchup against Troup was played Monday night. Fanning was expecting a tough game against the 20-2 Tigers.

The two teams met earlier in the year with Glenwood emerging victorious 9-2. Going into the rematch, Fanning is hoping to get all of his team on the same page.

“It’s just about mindset at the plate,” he said. “Just got to get them to buy into the fact that every game is big.”

Dempsey got the start for Glenwood and went seven innings, allowing two earned runs on just four hits with eight strikeouts a no walks. Leading 1-0 going into the sixth inning, the Gators allowed the first Troup hitter to reach first base on an error. The next batter reached on an infield single; the next hit a three run home run to give Troup a 3-1. Glenwood failed to rally in the final two innings, taking their eighth loss of the season to a solid Troup team. Horne was responsible for the lone Gator run, going 1-for-3 with a solo home run.

The Gators played Calvary High School on Tuesday, but results were not available at press time.

Glenwood played Springwood at home on senior night Wednesday, a perfect area record in reach with a win. The results were also not available at press time.

Glenwood’s record now sits at 27-8, with just over a week until area playoffs begin.

What will it take to consider the upcoming run of games a success?