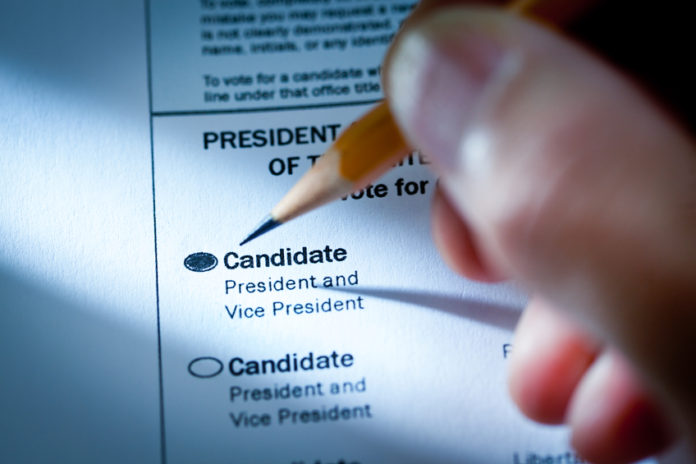 Special to the
Observer

Alabama voters will come together Dec. 12 to elect either Democrat Doug Jones, Libertarian Ron Bishop or Republican Roy Moore as their next United States senator.
Those three are running to fill the spot vacated by current U.S. Attorney General Jeff Sessions, who was nominated by then President-Elect Donald J. Trump last November for the position and was officially sworn in Feb. 9.
The Candidates:
Appointed by former U.S. President William J. Clinton in 1997, Jones has spent the past 20 years as the U.S. Attorney for the Northern District of Alabama. He is best known for his successful prosecution of the two surviving Ku Klux Klan members who were involved in the 16th Street Baptist Church bombing in Birmingham, which killed four young girls and injured 22 others.
Bishop was selected by the Executive Committee of the Libertarian Party of Alabama as their write-in candidate last month. He has worked for more than two decades as a self-trained IT professional. Desiring to create a smaller government and expand individual freedom, Bishop officially announced his bid for candidacy in September.
Moore has served two stints as the Chief Justice of Alabama’s Supreme Court, from 2001-2003 and 2013-2017. In May 2016, he was suspended for encouraging probate judges to enforce the state’s ban on same-sex marriage. After an unsuccessful appeal to revoke his suspension, he resigned in April to pursue the open Senate seat.
Who to vote for?
The Lee County Voter’s League will hold a special meeting Dec. 4 at St. James Missionary Baptist Church.
Representatives Ed Miller and Gage Fenwick from the Jones and Bishop campaigns have been confirmed, but the league is still awaiting word on whether the Moore campaign will provide a surrogate.
The meeting will serve as a public forum in which the surrogates will present and defend their candidate’s platforms and ideologies.
Is it too late to vote?
The deadline to register to vote in person was Monday, but citizens may still vote absentee. Absentee ballots can be filled out in person at the Lee County Meeting Center, located at 205 S 10th St. in downtown Opelika, or online at www.leeco.us/business/voter_registration/.
Absentee ballot applications will not be accepted after Dec. 7, and must be returned by Dec. 11.
Where to vote?
Each of Opelika’s five wards have their own designated voting place. Polls will be open 7 a.m. – 7 p.m. on election day. Following is a list of ward voting locations:
– Ward 1: Covington Community Center
213 Carver Ave.
– Ward 2: Opelika Learning Center (Old Jeter Primary School) 214 Jeter St.
– Ward 3: Opelika Community Center 1102 Denson Drive
– Ward 4: East Alabama Medical Center’s Health Resource Center
2027 Pepperell Parkway
– Ward 5: Opelika SportsPlex & Aquatics Center 1001 Andrews Road