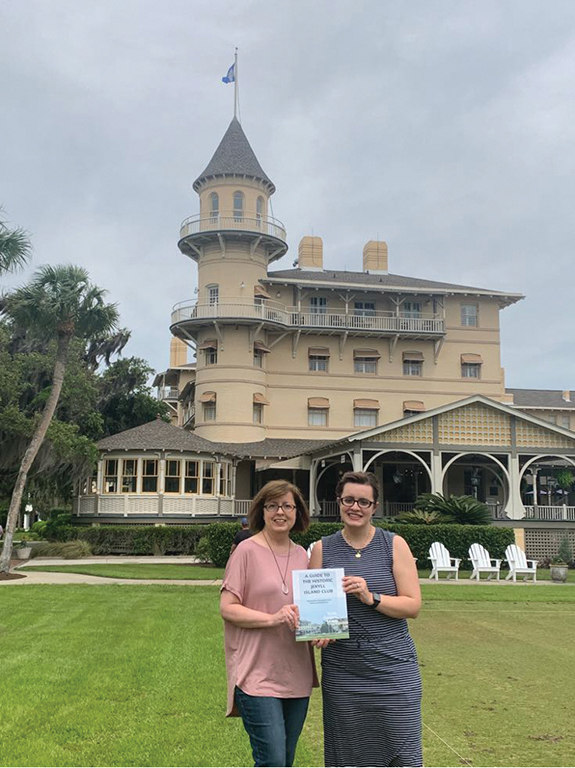 THE GENEALOGICAL
SOCIETY OF EAST ALABAMA

The meeting takes place from11 a.m. to noon and admission is free.

At the meeting, Melissa Gatlin will present a program inspired by her upcoming book — a self-guided walking tour of Opelika. The program will feature stories and fun facts she and co-author and daughter Anna Ruth have discovered in their research, including information gained through discussions with longtime Opelika residents. A PowerPoint presentation will highlight homes, locations and people as she tells their stories.

Melissa moved to Opelika in 2005. She was the administrator of First Baptist Opelika Christian School. She is the sister of Steve Scroggins, former pastor of First Baptist Opelika. She said she is interested in Opelika’s history, and said she looks forward to sharing the stories she has uncovered in researching her new book. She and Anna Ruth previously authored a similar book about Jekyll Island.

The Museum of East Alabama is located at 121 S. 9th St. in Opelika.

ABOUT THE GENEALOGICAL SOCIETY OF EAST ALABAMA:

For more than 50 years, The Genealogical Society of East Alabama Inc. (GSEA), a 501(c)(3) nonprofit corporation, has promoted the sharing of genealogical and historical information, within and about the five-county area of east-central Alabama: Chambers, Lee, Macon, Russell and Tallapoosa counties.

These five counties have a special history together: After 1832’s Treaty of Cusseta, among the counties created when the native Creek tribes gave up their land, the central part was divided into counties of Chambers, Macon, Russell and Tallapoosa. Then in 1866, Alabama’s Lee County was created by carving out over 600 square miles from the middle of those parent counties.

Through GSEA’s quarterly journal, Tap Roots, and tis special publications, the story of the area’s natives, settlers and descendants is documented and preserved. GSEA is also involved at the forefront of cemetery preservation efforts and fighting against the shameful vandalism of our ancestors’ resting places.