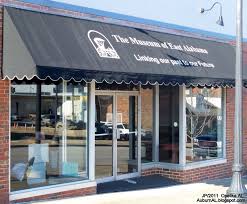 The Genealogical Society of East Alabama quarterly program will be held July 21 at 11 a.m. at the Museum of East Alabama located at 121 South 9th St. in historic downtown Opelika. The program is free and the public is invited to attend.
The Office of Archaeological Research, a division of the University of Alabama Museums will present a program highlighting its findings on a site in historic downtown Tuscaloosa.
The Bank of the State was located there as well as structures preceding and following that use. The excavation uncovered artifacts ranging from a log cabin constructed in 1816 to the Bank of the State and its subsequent use as an internment camp for captured Union prisoners during the Civil War.
There are many interesting stories associated with the site including the political debate surrounding the establishment of the Bank of the State at the time Tuscaloosa was serving as the Alabama state capital after it was relocated from Cahaba. There was a printing press in the bank building.
The press was out of service at the time Union prisoners were held there, but some enterprising prisoners figured out how to bring the press back into action and printed counterfeit Confederate currency. Whether this audacious counterfeiting operation was done for profit or to undermine the value of Confederate currency, it was certainly a bold and unique activity for prisoners of war.
The speaker Brandon Thompson received his undergraduate and graduate degrees from the University of Alabama specializing in bioarcheology and forensic anthropology.
He has worked for the University’s Office of Archaeological Research for ten years and has led several large scale excavations at both prehistoric and historic archaeological sites including Moundville, downtown Tuscaloosa, and Civil War-era sites.