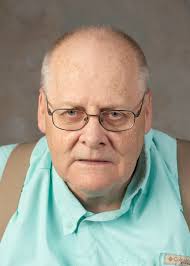 This is the second of two columns about the other eight counties called Lee. Last week, I spotlighted the Lee Counties in Florida, Georgia, Arkansas and Mississippi. Today, it is the remaining Lee Counties, in Kentucky, North Carolina, South Carolina and Texas. All eight, and our own Lee County, are named after Confederate General Robert E. Lee.
In addition, a nearby Army base and one in south Alabama are named for Confederate generals. Fort Benning honors Brigadier General Henry Benning, an associate justice of the state’s Supreme Court and a secessionist. In southeast Alabama, Fort Rucker is named for Col. Edmund Rucker who was often referred to as “general” but never was one Lee County, Kentucky’s most recent recorded census (2010) showed a population of 7,719. County seat Beattyville had 1,026 residents as of 2018. This Lee County remains “dry,” one of a declining number of counties that forbid the sale of alcoholic beverages. But this doesn’t mean that substance abuse is not prevalent.
“In Beattyville it is the drug epidemic, which has not only destroyed lives but has come to redefine a town whose fleeting embrace of prosperity a generation ago is still visible in some of its grander official buildings and homes near the heart of the town,” according to The Guardian in 2016. “Now they seem to accentuate the decline of a main street littered with ghost shops that haven’t seen business in years.”
Meanwhile, in Lee County, North Carolina, things are much better. The county has grown in population by 50% since 1970, and now has 61,000 people. County seat Sanford is part of the booming Raleigh-Durham-Chapel Hill metro area. With 30,000 people, Sanford will probably beat Opelika by fewer than a 1,000 in population, in the 2020 Census. A close call!
As of the 2010 census, Lee County, South Carolina had a population of 19,220. But in the 2018 Census estimate, the county lost 11% of its people, down now to about 17,142. The county seat of Bishopville has dropped 14% in population since 2000. One resident who may or may not live there is the Lizard Man of Scape Ore Swamp (also known as the Lizard Man of Lee County). He is part of folklore, and said to live in the swampland.
“These follow a predictable ‘chain of events’– a strange sighting, media attention, more sightings, followed by visits from curious tourists and monster hunters,” wrote Joseph P. Laycock in a 2018 Smithsonian magazine article. He was describing the media frenzy and cult fascination for this and other such claims. Oddly enough, the man who started this chase for a large lizard was shot and killed in 2009 in an apparent drug-related case.
In 1988, Christopher Davis reported the first incident with a “swamp man” when he was 16 years old. The teenager became a celebrity when he claimed he was attacked by a Lizard-Man who was “green, wet-like, about 7 feet tall and had three fingers, red eyes, skin like a lizard, and snakelike scales.” Lee County was inundated with tourists near the Scape Ore Swamp and vendors selling “Lizard-Man” t-shirts. Be thankful you are not in that Lee County.
Lee County, Texas showed a population of 16,000 in 2010. Giddings, the county seat, has 5,000 residents and is halfway between Houston and Austin. Two famous people connected to the area are Bill Longley, a gunfighter who was hanged in Giddings in 1878; and Gwendolyn Bennett, a major Harlem Renaissance poet, short story writer, and art critic.
As in our own Lee County, Alabama, this county had been Democratic for decades. Lee County, Texas voted Democratic in every election up to 1976 except the Eisenhower and Nixon landslides of 1956 and 1972. Since 1980, like much of the rural white South, this county is now Republican. In 2016, Donald Trump received 76% of the Lee County vote.
Summing up, what has been the purpose of learning about these other counties, now and on March 25? First, I aimed to get a perspective on our population growth vis-à-vis the other eight Lee counties. The result is great: Lee County, with a 2018 population of 164,000, gets the Silver prize. The gold goes to Lee County, Florida, with a 22% jump, to 754,000.
The second purpose of this series was to get a snapshot of counties that share our name, and to find how durable Robert E. Lee’s name is. The counties go from very rich to very poor, it’s an eclectic bunch. As for using General Lee’s moniker, maybe the saying “To the victors go the spoils” didn’t pan out when county names were being debated after the Civil War.
Greg Markley has lived in Lee County for 18 of the last 23 years. An award-winning journalist, he has master degrees in education and history. He has taught as an adjunct in Georgia and Alabama.