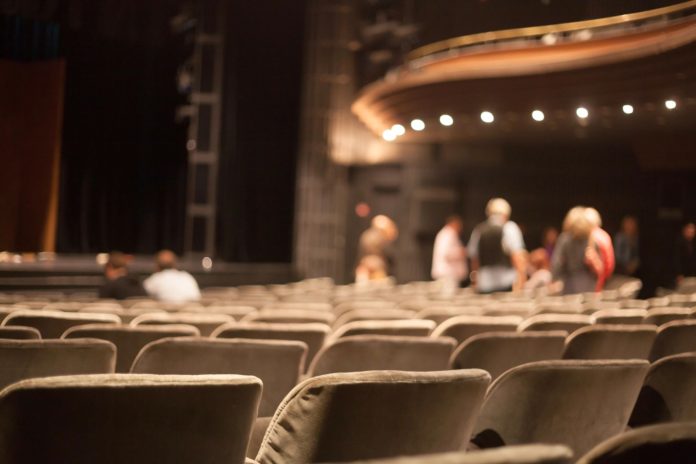 In cooperation with the Henry J. Stern Family Foundation and the East Alabama Arts Association, the Bottling Plant Event Center in downtown Opelika is hosting nationally- known storyteller and wordsmith Rawlins Gilliland for two shows Feb. 9-10.
Gilliland served as the poet-in-residence for Opelika City Schools from 1976-1978, and said his appreciation for the opportunity to teach and live in Opelika will be demonstrated through  his shows.
“To be given such free rein and trust to teach other people’s kids, and the opportunities to learn about yourself, it was an incredible experience,” Gilliland said.
The son of an artist and musician, Gilliland’s artistic background served as the foundation for what would become a legendary career of poetry and storytelling.
Following his graduation from the University of North Texas, Gilliland took a trip around the world, in an attempt to explore and discover his life’s true calling. On a train ride during one of his travels, a reporter asking his reasons for traveling on a train helped point him toward a career with words.
“A woman was doing an article for Amtrak called “People You Meet on a Train,” and she interviewed me, and did a whole article about me. After the interview and knowing about my passions, she told me about the National Endowment for the Arts and their artist-in-residence program, which was new then,” Gilliland said. “So I ended up contacting them, and making it on their tryout circuit.”
After months of hard work and teaching, he was given the opportunity to receive his “Master Poet” grant, and offered a chance to use it to teach in Idaho, Nevada or Alabama.
Gilliland chose Alabama, and after finding that the Opelika Arts Association would be willing to fund him, interviewed for the position with the then head of the Opelika City School board, Clyde Zenah, in spring 1976.
Starting that fall, Gilliland began teaching poetry in Opelika, and said he quickly developed a strong attachment to his work. Through the use of stimulating factors like ‘acid’ jazz music, stories of his world travels or pictures, he said he attempted to help students compose their own pieces of poetry by establishing a creative atmosphere and using the natural sound of the words and letters in the English language.
“I thought that poetry was when the sound of the language was more interesting than the content of its meaning. I tried to show them how the sound of the language could stimulate the senses,” Gilliland said.
Following the ending of his grant funding in 1978, he returned to his hometown of Dallas, Texas. Taking a Christmastime job with the clothing company Neiman Marcus, he rose up the ranks and wound up becoming the company’s national sales director in the 90s.
After several years at this position, he departed and went back to his roots of poetry and storytelling. He went to work at a north Texas affiliate of NPR radio, sharing his personal anecdotes and experiences, which he did for 12 years. In 2014, he left radio and started touring, sharing his stories with audiences across Texas.
Gilliland’s return to Opelika is his first visit to the city in more than 20 years, but he said his love and appreciation for the city that helped him get his start in this business has not diminished.
“I think that anyone that sees me in Opelika will get a sense that my respect and gratitude from my time in Opelika is immense, and I don’t think I ever had anything bad to say about anything during that two-year period there,” Gilliland said.
General admission tickets are $25, and VIP tables for four are $150. For more information, call (334) 749-8105, or visit www.eastalabamaarts.org/special-events.