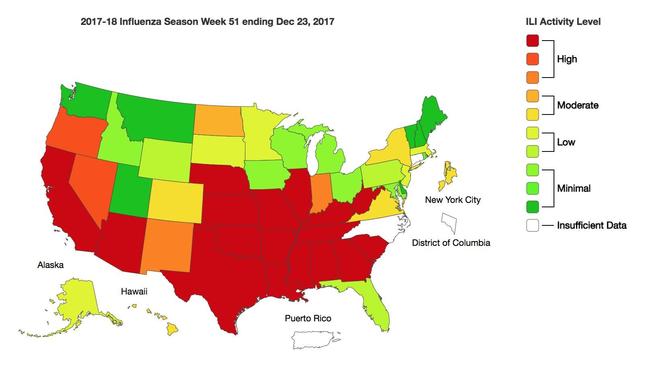 The flu is hitting hard, and early across Alabama and Lee County. The Centers for Disease Control and Prevention reports Alabama is one of 21 states reporting a surge, in large numbers, of flu-related cases.
The reason for the widespread presence, according to the CDC, is that the flu vaccine is only 10 percent effective against this year’s dominant strain of the virus.
According to a new study release by the Journal of Infectious Diseases, infectious flu-containing particles exhaled by a person can spread up to six feet without a cough or sneeze. That means one can catch the virus by just being in the same room with an infected person. The CDC reports that one will be contagious about 24 hours after contracting the virus, and remain that way for up to five days after the onset of symptoms. But, children can be contagious for up to two weeks.
“We’ve had more flu cases in the past couple of weeks than we’ve had all year” said Jeff Jerkins, owner and pharmacist of Bubbas Medicine Shop. “If you have the flu, certainly don’t get out in the community, stay home, isolate yourself, rest in the bed and make sure to drink plenty of fluids. You can use over the counter medications to help reduce the symptoms.”
Now through the end of January is the peak flu season. But, the flu season can run all the way to March and April. The Alabama Department of Public Health urges people to get vaccinated, it’s not too late. The CDC website states that only two out of five people have gotten the flu shot this year.
Symptoms of the flu are worse than the common cold and may include: body and muscle aches, chills, cough, fever, headache and sore throat.
Being diligent in reducing the spread of the flu virus is essential. Jerkins says, “Be sure to wash your hands often, don’t touch your face, cough or sneeze into your sleeve, not your hands, to help prevent the spreading of the virus.”