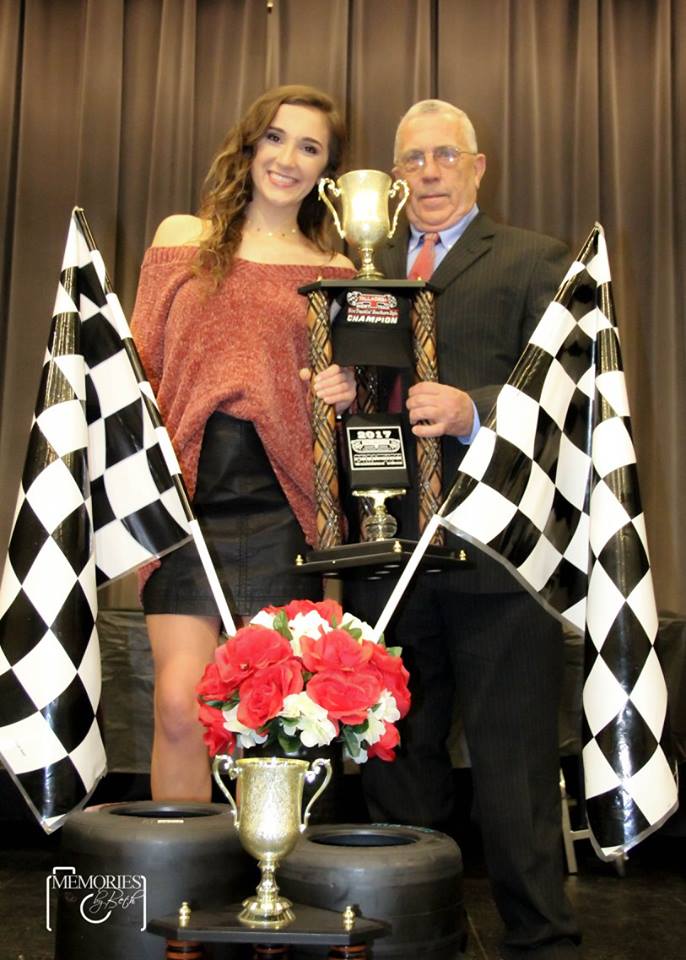 Auburn High School sophomore and go-kart driver Sarah Black is fresh off a dominant racing season that cemented her as one of the state’s top racers.
Competing in the Talladega Short Track Series, Black was recognized during an awards ceremony last month for her first and second-place performances in her racing divisions, which consists mostly of older, more experienced male drivers.
“Whenever I’m racing, it’s like I’m in heaven … it’s the best place I can be. I know that if I make all the right choices and all the right moves on people that I’ll do good,” Black said. “And all that just comes from my love for racing … I love it.”
Black said she discovered her passion for go-karts at six years old, driving around trees and other obstacles in her backyard.
“As a kid, I was always the little girl who wanted to win, whether it was board games, or outside with my brothers and the neighbors playing football on the weekends. I never wanted to give up and always pushed myself to get better … and it was the same thing with go-karts, gymnastics, ballet and other things I was into at the time,” Black said.
As she grew older, Black, accompanied by her father Gary, began competing in races nationwide, and dominated the circuit. Her success bolted her up to the adult division when she was 12, where she has turned in numerous top finishes the last three years.
“(One of the best things) about racing is getting to spend time with my dad. He’s a goofy person, and just cracks me up sometimes,” Black said. “The fact that he’s always at the race track with me … it’s really important to me to make him proud. I love our relationship, and I know that many can’t have a great relationship with their dad because of life and the stuff that goes on, but I really like the time I get to spend with him. I’ve always been a daddy’s girl.”
Black’s success has drawn attention from the racing community, as she said she is looking at the possibility of competing in Formula 4 racing in the near future, pending major sponsorship.
Outside the track, Black said she enjoys school and being involved in church, which serves as a crucial outlet in her life.
“I know that there are times in life that are going to be lows, but it helps me and pushes me through those hard times. I might go to a race and not do as well, but I know that even if we don’t win the race, we’re always winning with Jesus,” Black said. “It’s really important to place Christ first in my life, because I know that everything else under that will fall into place.”
After high school, Black said she plans to pursue a career in the medical field as a brain surgeon and continue driving in competitions.