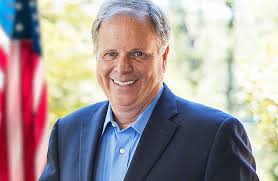 By Sen. Doug Jones
Submitted to the
Opelika Observer

“Verdict,” from the Latin “veredictum,” means “to say the truth.”
Soon, my colleagues in the Senate and I will be called on to fulfill a solemn constitutional duty: to render verdicts — to say the truth — in the impeachment trial of President Donald J. Trump. Our decision will have enormous consequences, not just for President Trump, but for future presidencies and Congresses, and our national security.
For Americans to have confidence in the impeachment process, the Senate must conduct a full, fair and complete trial with all relevant evidence regarding the president’s conduct. I fear, however, that we are headed toward a trial that is not intended to find the whole truth. For the sake of the country, this must change.
Procedures in prior impeachment trials set no precedents because each is unique to its particular set of facts. Unlike what happened during the investigation of President Bill Clinton, Trump has blocked both the production of virtually all relevant documents and the testimony of witnesses who have firsthand knowledge of the facts. The evidence we do have may be sufficient to make a judgment, but it is clearly incomplete.
There are four witnesses who could help fill those gaps: the president’s former national security adviser, his acting chief of staff, the senior adviser to his acting chief of staff and a top national security official in the Office of Management and Budget (OMB). Each has direct knowledge regarding the charges against the president and should testify under oath at a Senate trial.
Let me be clear: I do not know what their answers would be, but I want to hear from them, and so should every senator and every American. We cannot allow the full truth to evade this trial only to be revealed in some future memoir or committee hearing.
Foremost among these four is former national security adviser John Bolton. Public testimony under oath revealed that Bolton abruptly ended a meeting with Ukrainian officials concerning withholding congressionally approved military assistance, as well as a White House visit, later characterizing the discussions as a “drug deal” he wanted no part of. He was alarmed enough to order that the top National Security Council lawyer be informed of what acting chief of staff Mick Mulvaney and Gordon Sondland, the U.S. ambassador to the European Union, were doing.
Anyone truly interested in the truth should demand to hear Bolton’s answers to a number of questions under oath:
“Did you call actions of Mulvaney and Sondland and the withholding of a White House meeting and military assistance from Ukraine a ‘drug deal’? What so alarmed you that you ordered your deputy, Fiona Hill, to report it to the National Security Council’s top lawyer? Or did Dr. Hill get that all wrong?”
Additionally, the existence of the whistleblower complaint became public on Sept. 9. Later that day, Bolton either resigned or was fired. Regardless, two days later, military assistance to Ukraine was released. Bolton should also answer these questions under oath:
“At the time you left the White House, were you still sounding alarms about what was going on with regard to Ukraine? Were you fired, or did you resign because you raised concerns? Did the public awareness of the whistleblower complaint cause the administration to release the military aid?”
These questions need to be answered now, not later in Bolton’s upcoming book.
The directive to withhold military assistance to Ukraine came from OMB, where Mulvaney pulls double duty as director. During a news conference, Mulvaney made clear that there was a “quid pro quo” regarding actions taken toward Ukraine, admonishing us to “Get over it” and adding that “We do that all the time.” Within hours, the White House issued a written statement from Mulvaney saying there was “absolutely no quid pro quo.”
Mulvaney should answer a simple question under oath:
“Now that you are sworn to tell the truth, the whole truth, and nothing but the truth, so help you God, which is it?”
What can Mulvaney’s senior national security aide Robert Blair testify to under oath about this?
We now know that 91 minutes after Trump’s July 25 call with Ukrainian President Volodymyr Zelensky, senior OMB official Michael Duffey sent emails halting the military aid. Only two people could plausibly sign off on that order: Mulvaney and Trump. Duffey should testify under oath as to who it was and his knowledge of the circumstances surrounding it, which can then be evaluated against Mulvaney’s testimony under oath.
Importantly, to evaluate any testimony, all relevant documents need to be produced. Everyone knows a paper trail exists — one always does — and it will either corroborate or contradict the testimony.
Trump has loudly criticized the House investigation but has said he believes the Senate will provide him a fair trial and that he wants witnesses to testify.
If he chooses to maintain his blockade, however, the Senate needs only a simple bipartisan majority to issue subpoenas for witness testimony and relevant documents. A full, fair and complete trial demands nothing less.
Every trial is a pursuit of the truth. That’s all I want. It’s all each of us should want.
Now that it’s the Senate’s time to fulfill its duty, my final question is: Will a majority of senators pursue the truth over all else?