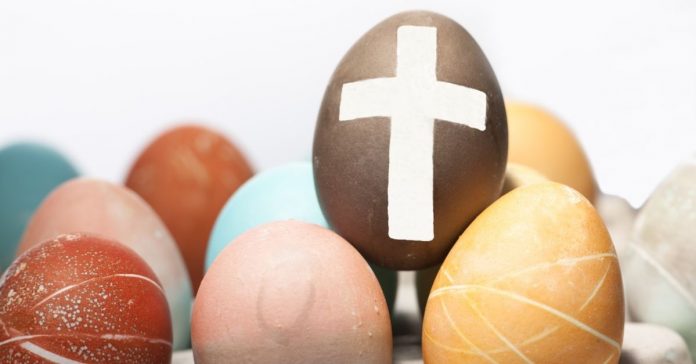 This is a story about a little Alabama town where, for years, people didn’t seem to care if you were Methodist or Baptist or Catholic or something else. No one was going to put you down for being what you were. Sure folks had their differences. And sure some of those differences struck other folks as odd. But no one can recall anyone suggesting that whoever had the oddity was any less Godly for their oddness or that those who did not share the oddity should avoid those who did.
As visual proof of the conviction that they were all God’s children, whenever a month had a 5th Sunday, Methodists visited the Baptists or Baptists visited the Methodists – depending on whose time it was. And though some Baptists found it odd that Methodists said that they “believed in the holy catholic church” when they recited their creed, when Methodists explained that “catholic” (little “c”) was just another word for “universal,” that was that.
In time the Baptist congregation got bigger, as Baptist congregations are wont to do, and so the intermingling was moved to Sunday night for singing, a short service, and supper. Still, the bridge between them remained open, wide and frequently crossed.
The crowning glory of this ecumenicalism was the Easter Sunrise Service, when the Methodists and Baptists were joined by local Catholics and the congregation from a nearby Assembly of God – had there been an Episcopal or Presbyterian church in town I am sure they would have been right in there with them, but there wasn’t so they weren’t.
Just before dawn on the appointed day the Faiths gathered at the town cemetery, to praise the risen Lord that they all worshiped.
Or at least they did until about 20 years ago. That was when a series of events occurred that together turned the tolerant town upside down.
The Baptists got a new minister. So did the Methodists.
The Baptist minister was not cut from the same community-of-Christ-cloth as past pastors. The Methodist minister was a woman.
The new pastors created problems for both congregations, problems that crystallized in the dilemma in which a local lady found herself.
Though a Methodist, she was not sure she could handle a woman in the pulpit, much less follow the spiritual lead of a female. So she decided to try the Baptist church. She did. But there too, something was not right.
The new Baptist preacher had a beard.
At this point she decided that though change was difficult, it was easier to accept it in familiar surroundings, so she went back to the Methodist church.
Meanwhile, longtime Baptists were beginning to find that the minister they had called had brought with him new notions as well as facial hair. His sermons were increasingly Calvinist, which did not go down well among the free-will believers in his pews. His attitude toward other faiths was more competitive than cooperative. And finally, with the gender of the Methodist minister as an excuse (or at least so Methodist believed), he cancelled the 5th Sunday swap and pulled the Baptists out of the Easter Sunrise Service.
The Methodists, Catholics and Pentecostals continued the tradition, though the smaller gathering served as a reminder, as if they needed one, of what once had been and what had come of it.
At first the Baptists went along with the pastor, but as the years passed grumblings grew. Some of the faithful, those uncomfortable with being isolated from other congregations and not quite sure that salvation by election was the way to go, began attending other Baptist churches. Some got so upset that they became Methodists.
Now my buddy Wayne Flynt says that the Baptist church is the most liberal church around, because there are so many of them and they are so diverse that with a little shopping you can find a congregation that believes what you believe.
But the old guard of this Baptist church was not into shopping and pretty soon the preacher had a full-blown rebellion on his hands. And as the controversy bubbled out of the church and into the community, Methodists, Catholics, and Pentecostals watched in wonder and waited to see what would come of it. What came of it was this. The Baptists, one of the most democratic of denominations, held a closed congregation meeting to consider the matter and when the doors opened again the church was looking for a new minister. Then they invited the Methodist back for 5th Sunday.
And on the next Easter the sun rose on a chilly congregation of Catholics, Methodists, Pentecostals, and Baptists – together again. And together they celebrated the Resurrection.
Then afterward, over pancakes at the Baptist church, they celebrated the reconciliation.
Harvey H. (“Hardy”) Jackson is Professor Emeritus of history at Jacksonville State University. He can be reached a hjackson@cableone.net.