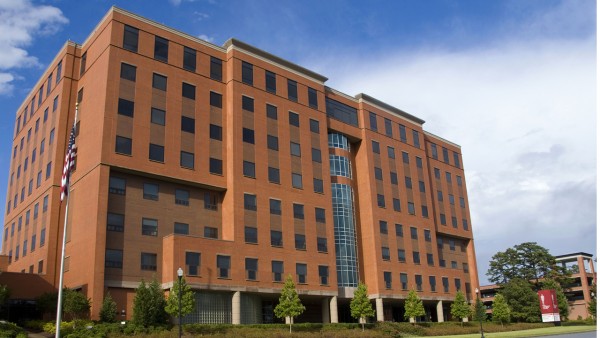 Women’s Choice Award, an organization that ranks a range of medical specialties, products and services, has recognized East Alabama Medical Center (EAMC) as one of the top hospitals in the nation for women in the field of orthopedics. Out of almost 5,000 hospitals surveyed, EAMC is rated in the top 10% and is featured alongside 21 other leaders in orthopedic care. EAMC provides orthopedic services through two medical groups, The Orthopedic Clinic and East Alabama Orthopedics and Sports Medicine.
The prioritization of women in orthopedics is crucial because the majority of joint replacement surgeries are performed on women, and because women face an increased risk for bone and joint disorders as they grow older (www.eamc.org/2019-womens-choice-award/). Delia Passi, the founder of Women’s Choice, said that in addition to having an increased risk of conditions such as osteoporosis, women often have “different healthcare preferences.”
“We are the only award that recognizes a hospital’s ability to meet women’s distinctive needs,” Passi said.
Women’s Choice Award divides the factors that go into ranking hospital orthopedic programs into three categories: patient experience, the range of orthopedic services provided and the rate of surgical complications. The Women’s Choice webpage for orthopedic services stated, “In addition to patient recommendation, facilities whose recovery information exceeds the national average on the Hospital Consumer Assessment of Hospital Providers and Systems are eligible for the Women’s Choice Award.”
Organizations that prioritize the unique characteristics of female physiology are crucial to achieving equality in medical outcomes for women. In spite of efforts to achieve parity in medical care for women, healthcare organizations still often base their medical research and clinical training on the physical characteristics of men even though women often have symptoms and face complications that differ from those of men with the same condition. A lack of knowledge about women’s unique characteristics and needs contributes to women being diagnosed much later than men for the same issue, as explained by NBC News, www.nbcnews.com/health/health-news/women-are-diagnosed-years-later-men- same-diseases-study-finds-n987216.
More information on the orthopedic services offered by EAMC, visit www.eamc.org/services/orthopaedic/.