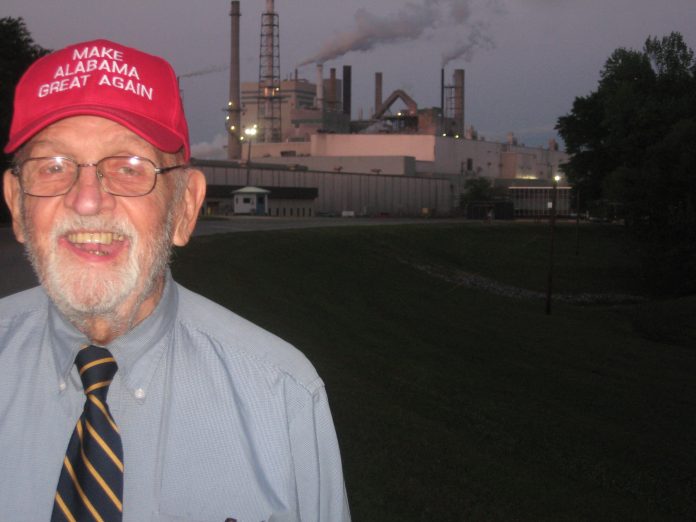 Montgomery businessman and current Democratic gubernatorial candidate Doug “New Blue” Smith spoke with Opelika Observer staff last Friday to discuss his ideas and platforms to tackle statewide issues.
Following is a background on Smith and an overview of his core beliefs and values that will guide him as Alabama’s governor if elected.
Background
Born and raised in Montgomery, Smith is credited with helping with the transition of six Alabama governors into office and the development of several state economic agencies and departments, including the Alabama Development Office, the Alabama Department of Economic and Community Affairs and the Appalachian Regional Local Development Districts, an agency that worked in tandem with the state’s intergovernmental affairs office in Washington D.C.
Platforms
Smith said the last three Alabama governors – Bob Riley, Dr. Robert Bentley and Kay Ivey – have implemented procedures and policies to “bungle” the economic organizations or “machines” that once powered the state.
Instead of raising taxes, Smith favors the diversion of funding into a new “Bank for Small Businesses” that would finance small businesses across the state, generating jobs and extra revenue.
“It will divert $5 million from the Bond Authority administered by the Regional Planning and Economic Development Commissions and use it to finance 200 small businesses to be supplemented by croudfunding funds from the Jobs Act. These small businesses will be among those that generate 80% of the new jobs,” Smith said in a post on his website. “New employers and employees pay taxes and generate needed revenues.”
Education is another issue that needs to be addressed, according to Smith. An advocate of a program called “First Class Pre K,” he said its long-term benefits would be better behavior, increased school retention, higher graduation rates and lower odds of becoming a part of Alabama’s huge inmate population.
Following are other issues that Smith hopes to address if elected:
Revitalize a zero-based budgeting system each year that would necessitate cautious, discretionary spending for the benefit of the state and its citizens
Lobby Washington D.C. for funds to rebuild Alabama’s military department
Merge the state’s Mental Health Department with the Alabama Department of Public Health to accommodate for its growing demands
Offer debt-free tuition to students who come from families making fewer than $50,000 and attending a 2-year technical college.
For more information, visit www.dougnewbluesmith4governor.com or Smith’s Facebook page.