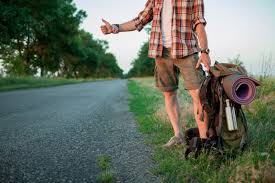 I recently read that a bunch of surveys conducted by the University of North Carolina’s Center for the Study of the American South revealed that during the last decade of the 20th Century the number of folks living down here who actually considered themselves to be Southerners declined 7.4 percent.
This got me to wondering — just what does that 7.4 percent think Southerners are that they ain’t?
I took this question to a passel of Presbyterians, who had invited me to speak at what passes among them as Wednesday night prayer meeting. – more discussing than praying, Presbyterians aren’t Baptists. Although my topic probably wasn’t what they had in mind when they asked me over, they were good-natured about it, and we had a fine time.
I started with the question, what do y’all think a Southerner is?
Then I gave them a list of what are usually considered “typical traits” of various ethnic, racial, religious and national groups — traits like sensitive, stubborn, honest, dirty, friendly, sneaky, and so on and so on. Then I asked each of them to pick the ten traits that they felt best described Southerners.
Not surprisingly Presbyterians picked traits that were more or less admirable — tradition-loving, kind, generous, courteous, witty, very religious, honest, loyal to family ties, pleasure-loving and talkative. A sizable minority also picked stubborn, narrow minded, lazy and superstitious, which goes to show that Southerners can be self-critical (though I suspect a few Yankee transplants skewed the figures.)
Then I asked them to take the same traits and pick out the ten that best described Yankees. They went right at it and picked things like quick-tempered, aggressive, materialistic, humorless, argumentative, narrow-minded and arrogant – pretty harsh, but they could have picked dirty or grasping, so it might have been worse, a bit. Some of them also said Yankees were progressive, sophisticated, and industrious, but I figure they were the same ones who said Southerners were narrow minded, lazy, and all that. You know how they are.
From this it would be easy to conclude that Southerners, when given the chance, will say nice things about themselves and not-so-nice things about Yankees. And you’d be right. But something else jumped out at me when I looked at the two lists. According to the Presbyterians, Southerners and Yankees share almost none of the same traits. Right. Look at what they said. See what I mean?
Thus the Presbyterians answered my question – “What is a Southerner” – with a simple “something that ain’t a Yankee.”
Which gets me back to the UNC survey. If during that decade the number of people who identified themselves as Southerners declined 7.4 percent, does that means that 7.4 percent of our population no longer feel that they possess those fine traits laid out by the Presbyterians? Or worse yet, do they feel they possess those ascribed to Yankees. I would hope not.
But let’s look at the UNC survey another way. While just about every racial, ethnic, economic, and political group surveyed had members who stopped calling themselves Southerners, one did not.
Right. One group kept the label as the rest declined around them.
And who were they?
Affluent, conservative, Republicans! That’s who.
Yep, of all those groups surveyed the only ones that did not have fewer self-described Southerners in 2001 than in 1991 were rich folks who liked things the way they were and voted GOP to keep ’em so.
Which may just explain why the other groups declined.
Think about it. Could it be that members of those other groups looked around, saw a bunch of Mountain Brook-living, Lexus driving, country clubbing, wine and cheese Republicans calling themselves “Southerners” and decided that if they are, I ain’t?
And having decided that, when the pollsters came around they told them so.
And the pollsters register it as a decline in Southerness.
But was it?
Dear hearts, I’ll leave it for you to decide.