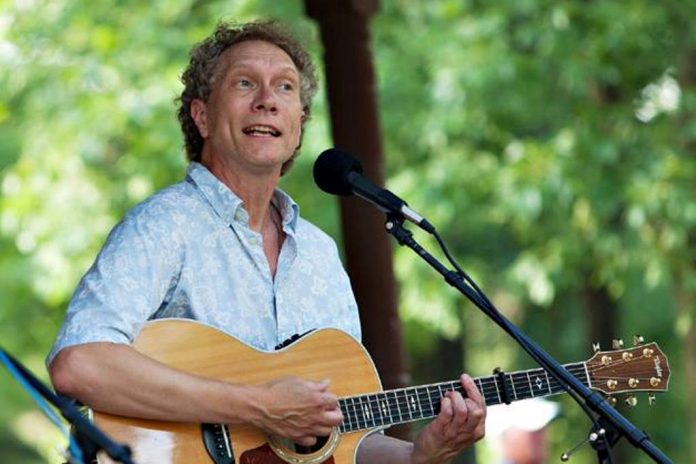 Sundilla’s second show of 2019 brings another first-time performer in folk/Americana musician Dennis Warner Jan. 25.
Performing in more than 100 cities each year, Warner has established a well-deserved reputation for captivating audiences with his smooth vocals, distinguished songs, enthusiastic personality and stellar playing on both six and 12-string guitars. He has also found a niche as a popular guest speaker at various community gatherings throughout the United States and Canada.
In November 2018, Warner appeared as a headline performer at the Parliament of the World’s Religions gathering in Toronto, attended by more than 10,000 people representing more than 80 nations and 200 spiritual backgrounds. For his songwriting talents, Warner was honored with an invitation to perform in concert at the Kennedy Center for the Performing Arts in Washington, D.C. Other accolades include being a three-time “New Folk” finalist for songwriting at the internationally acclaimed Texas based Kerrville Folk Festival, co-founded by legendary performer Peter Yarrow (Peter, Paul & Mary).
Besides being a gifted musician, Dennis Warner is also an outstanding entertainer, cleverly blending ballads, up-tempo songs, audience participation and humor into a memorable event. He is noted for his warm stage presence and ability to connect with his audience.
“It’s not enough to just show up and sing a few songs. I’m an entertainer at heart,” Warner said. “My concert is more than the music. I want it to be fun and hopefully a bit thought-provoking, too. It’s also the conversation, the stories and the connection. I am grateful to be given that opportunity.”
Sundilla shows are held at the Auburn Unitarian Universality Fellowship, which is located at 450 E. Thach Ave. Advance tickets cost $15 and can be found at Spicer’s Music, World Cup Coffee and online sundillamusic.com, and tickets at the door cost $20. Showtime is set for 7:30 p.m.