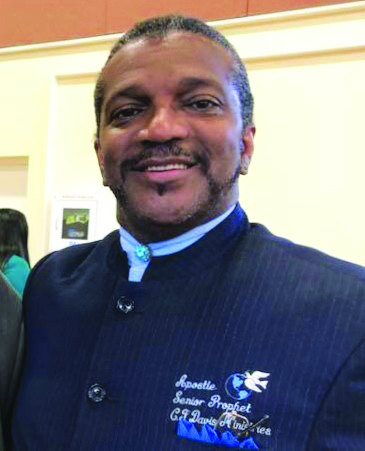 Smiths Station native Christopher Fitzgerald Davis is looking to bridge racial divides, expand Medicaid, fight for pay raises for teachers and serve as a staunch advocate for animal rights if elected to the Alabama House of Representatives District 80 seat.
Davis is the Democratic nominee for House District 80, which covers portions of southeastern Lee and northeastern Russell Counties. He will face one-term incumbent Republican Chris Blackshear in the Nov. 6 midterm elections.
Background
Born and raised in Smiths Station, Davis grew up in the city school system and became the high school’s first-ever African American drum major.
From 1988-1999, Davis lived and worked in Stamford, Connecticut. There, he worked in the schools and used his outreach ministry to benefit those in need.
After 11 years in Connecticut, he returned to the area and has continued lending his passion and vision for being God’s hand and feet through his ministry.
Platforms
For those unfamiliar with Davis, he said he describes himself as an “advocate” or “activist,” words that he said society has twisted from positive to negative.
“Those words have been given a negative connotation by society, but really, activist is just a derivative of just being active (and involved) in the interests around you, of making things better. It’s not a skill, it is a calling via conviction,” Davis said.
According to Davis, that sense of activism will guide him in office, if elected.
In addition to striving to bridge the gender and racial inequalities he sees within the district, he said he will work to expand Medicaid.
“Medicaid, on a state level, just as Medicare on a federal level, should be a right rather than a privilege. A person shouldn’t have to stay on a certain job if they are not growing and they have the actual tutelage and education to aspire elsewhere but (they’re) gonna stay there merely because of (their) insurance,” Davis said. “Insurance should be a right for life to preserve, to enhance life. It should not be used as a key or a catalyst to manipulate or direct a person’s path in life or what they do or don’t do.”
With fewer than three weeks until the Nov. 6 midterms, Davis said he wants voters to know that a vote for him is a vote for all.
“If you vote for me, you are voting for civil rights, you’re voting for women’s rights, you’re voting for the right to carry oneself to a whole other level. You’re voting for the opportunity for change,” Davis said.
For more information or to keep up with his campaign, like and follow his Facebook page “Christopher F. Davis for Alabama House District 80.”