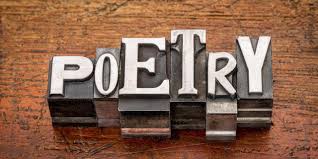 My Daddy loved poetry.
Even wrote some.
Like that.
His inclination to verse came back to me when, shortly after we buried him in his “Auburn SEC Championship” shirt, I went rummaging through his bookcase.
He had an eclectic collection that included some classics, some popular fiction, some history, and a copy of Playboy, which I am sure he kept because it contained the “lusted in my heart” interview with Jimmy Carter.
Daddy liked Carter.
But what caught my eye that day was “The Pocket Book of Popular Verse” published back in 1945. Though its well-worn pages were yellowed and brittle, it was still in good shape, so I borrowed it.
One of my fondest memories of my father was when, as a boy, I rode with him in his war surplus jeep, going out to our farm or to visit a friend. As he drove he would quote poetry. At length.
Poetry that rhymed – Daddy was not much for free verse. He loved the poems of Robert W. Service.
“The Cremation of Sam McGee” was a particular favorite of his and, through him, a favorite of mine. (I read it once to my oldest daughter who liked it so much that she read it to her elementary school class. The teacher was impressed at her reading skill and horrified by the subject matter. Some of the students were likely scarred for life. Good poetry can do that to you.)
However, dearest to Daddy were little verses touched with humor and tinged with irony.
He frequently quoted Service’s “My Madonna” in which the poet tells of an artist who paints a portrait of a prostitute (“a woman from the streets, shameless but oh so fair”) and when he finished a “connoisseur” came and proclaimed it to be “Mary, the mother of God.” So he painted a halo and sold it to a local church, which hung the hooker over the altar.
Daddy loved that sorta stuff.
When he loaded me up to take me to college at Marion Military Institute, the school he selected because he felt that I would be safe there until I was mature enough to go out on my own, he did not impart the “to thine own self be true” advice that Polonius gave Laertes (though he could have, being as he was a well-read graduate of what was then Alabama Polytechnic Institute, now Auburn University). Instead he favored me with one of those verses he picked up (or wrote) when he was a Marion cadet.
Rooty toot toot, Rooty toot toot
We’re the boys from the Institute.
We don’t smoke and we don’t chew
And we don’t go with the girls who do.
Good advice, then and now.
Thumbing through the Pocket Book of Popular Verse, letting it fall open to places Daddy creased and marked, I got one of those “memory lane” experiences that let me follow behind him, picking out his choices and reading them as if he were there.
Leigh Hunt’s “Jenny Kissed Me,” reminded him of the girls of his youth as surely as it reminds me of the girls of mine. “The Rubaiyat of Omar Khayyam” was another of his frequently quoted favorites, as was Lewis Carroll’s “The Walrus and the Carpenter” – if nothing else, his tastes were diverse.
I only know of once when Daddy recited poetry to a crowd. It was in a high school elocution class (they call it “Speech” today if they offer it at all). Students were told to present a poem of their own choosing. After the girls had recited girl-verses about poets counting the ways they loved someone, Daddy rose and began:
Dark and dreary was the night.
A storm was drawing neigh.
And eerie steaks of lightning flashed across the winter sky.
Out of the dark and dismal woods
There steals a vengeful man.
A mighty oaken club is clutched, within his strong right hand.
The club is raised, and held on high.
Then falls with a sickening thud.
And there, upon the dark, cold ground lies murdered
(Dramatic pause here)
A potato bug.
The girls were mortified. The teacher was mortified. The boys gave him a standing ovation. And before the teacher could intervene, Daddy launched into an encore.
The night grew dark.
The clouds grew big.
The lightening struck.
And killed a pig.
Poetry.
It gives meaning to life.
Harvey H. (“Hardy”) Jackson III is Professor Emeritus of in History at Jacksonville State University. He can be reached at hjackson@cableone.net.