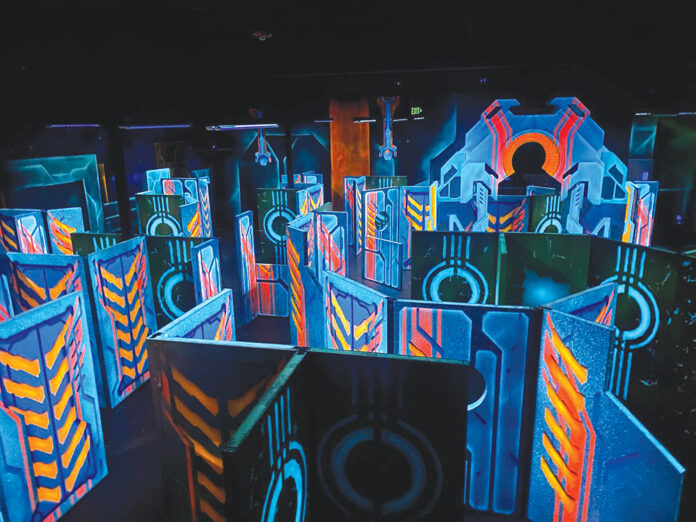 Grand Re-Opening Set for May 20

CONTRIBUTED TO
THE OBSERVER

Opelika will welcome back a beloved local business next week as CyberZone laser tag arena and arcade (107 N. 9th St.) re-opens its doors after nearly a yearlong closure with a grand re-opening on May 20 at 4 p.m.

“We feel so fortunate and relieved to finally be able to turn the lights back on and be open for business,” said CyberZone President Simon Bak. “We have loved calling Opelika home for years, and it is heartwarming to have the community show so much excitement to have CyberZone back and better than ever. As hard as this last year has been, it gave us the opportunity to rebuild our business from the ground up and deliver on the vision we have had for CyberZone since the very beginning.”

CyberZone will officially re-open its doors on May 20 with a 4 p.m. ribbon-cutting ceremony in conjunction with the Opelika Chamber of Commerce. Guests will then be invited to stay and enjoy Food Truck Friday outside from 5 to 8 p.m. as well as plenty of action inside the newly-renovated CyberZone until close.

Operating since 2013, CyberZone had to shut its doors in June 2021 following extensive water damage to the venue during a renovation project. The incident forced CyberZone to completely rebuild all aspects of its interior, resulting in a revamped gaming area and a completely reimagined laser tag arena. The 5,100 square-foot arena, which was designed and installed by nationally-renowned entertainment vendor Creative Works, now boasts a more open concept and features new theming and maze work, as well as interactive props, including bases and wall-mounted drones.

When not playing laser tag, guests can enjoy CyberZone’s virtual reality experiences, including Hologate and Kong VR, and its relaunched Esports Arena.

For more traditional gameplay, CyberZone’s arcade offers the latest in video and ticket games with an amazing selection of redemption prizes.

tag arena, virtual reality experiences, Esports Arena and arcade, CyberZone is the region’s go-to spot for group events, date nights and family outings. Named Play Meter Magazine’s National Family Entertainment Center of the Month in March 2018 and Voted one of Alabama’s 10 Best Places to Have a Birthday Party by Best Things AL, CyberZone has offered visitors plenty of reasons to come back again and again since 2013. Visit www.cyberzone334.com for information on hours, specials, pricing and more.