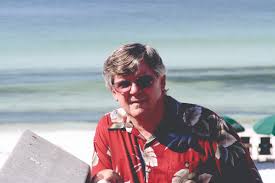 Of all of the ways Southerners are stereotyped and slandered, few are more insulting than what “they” say about our rituals of courtship.
Jeff Foxworthy, who made a fine living off of “you must be a redneck” one-liners, had a stock of ‘em.
“If you go to family reunions to pick up girls, you must be a redneck.”
Consider also this bit of “Southern Haiku”:
Desire
Damn, in that tube-top
You make me almost fergit
That you’re my cousin
That is wrong on so many levels.
But not as bad as what has been described as a “Southern pick up line”:
“Get in the truck.”
Well, I am here to tell you that it was not always this way.
Quite to the contrary, in times gone by a young Southern gentleman courted a young Southern lady much as my grandfather did when he paid court to my grandmother.
I found evidence of this in the fourteen short notes she saved. Written between March of 1903 and December of 1904, each was in an envelope addressed to:
Miss Jessie Fontaine
City
Which was how they addressed letters mailed in town. No stamp needed.
He was 17, just out of high school and working in the local drug store. She was 18, also graduated, and (in the parlance of the time) “at home.”
He was the second son of a prominent, politically connected family. She was the daughter of the local Methodist minister.
Her father’s occupation determined how the courtship began, for the first letter, dated March 1, 1903, read simply
Miss Jessie Fontaine.
May I have the Pleasure of accompanying you out to preaching tonight.
Your friend Quincy Waite
Apparently that worked well, for a few weeks later a similar request was received and accepted.
Then he grew bolder, and to help his cause he enlisted a friend, and proposed a double-date, at her home.
Misses Fontaine & Shamburger. If agreeable we would be glad to call tonight.
Your friends
Isaac & Quincy
The success of this venture emboldened him to suggest that they be seen at a social gathering that was not at the church.
Dear (note the salutation) Miss Jessie (no Fontaine):
I would be pleased to accompany you out to the pound supper at Mr. Jim Chapman’s this evening.
Your friend
Quincy Waite
A “pound supper,” or more commonly “a pounding,” was when guests brought newlyweds a pound of something (flour, butter, etc.) to help them set up housekeeping.
Through the spring there were more preaching dates until finally, in July, he made his next move. He sent a gift, a token of his affection.
Dear Miss Jessie,
Please accept [this] melon with best wishes and kind regards.
Your friend
Quincy Waite
She responded (the only reply they saved):
Mr. Waite,
Accept many many thanks for the nice fruit.
Your friend,
Jessie Fontaine
That went over so well that two weeks later he gave her another. This time he simply signed the note “Quincy.”
A month later they were on a first name basis.
Dear Jessie,
If agreeable I would be pleased to call tonight.
Your friend,
Quincy
No preaching, no “pounding,” just dropping by in the evening.
Slowly the courtship played out over the next 10 years, until finally, on Feb. 11, 1913, they married.
Now to the modern mind my grandparents’ courtship may seem overly formal and ponderously slow.
However, to previous generations, their courtship may have seemed casual, hasty, and a bit unseemly.
Consider this.
Among the papers my Grandmother saved was the following letter, dated May 18, 1852, in which one of our ancestors wrote to the father and mother of the young lady he wished to marry.
Respected Sir & Madam,
As on you devolves the important duty of directing the destiny of your Daughter by bestowing her hand upon whomever you may deem worthy of so good a boom, permit me to offer myself as an honorable applicant for the distinguished favor.
I am authorized by her to say that we have confessed our Love and find it reciprocal, plighted our vows and deemed them irrevocable, consequently nothing more is wanting to perfect our happiness (with regard to matters of this kind) save your full consent which we mutually hope will not be withheld.
In reference to myself, I deem it necessary only to say that whatever may be my faults, and I know they are many, I hope your goodness of heart will prompt you to attribute them to errors of the head and not the heart.
Sincerely hoping that you will give the above your earliest attention, I am your most humble servant.
There you have it. From pounding suppers, preachings and melons to telling the girl you met at the family reunion to “get in the truck.”
Such is the history and the decline of courting in the South.
Harvey H. (“Hardy”) Jackson is Professor Emeritus of History at Jacksonville State University. He can be reached at hjackson@cableone.net.