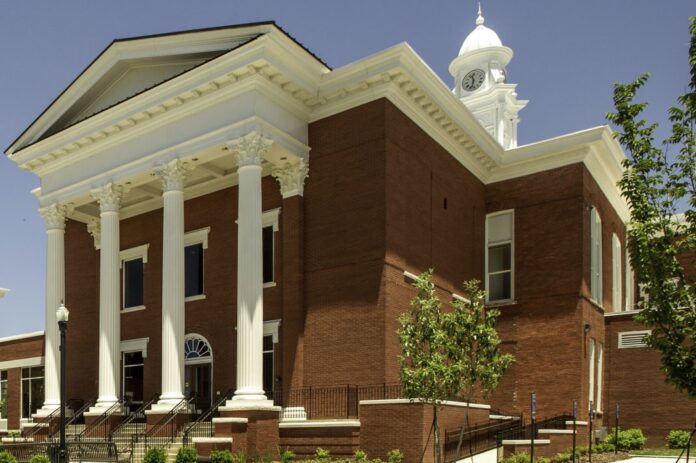 The Lee County Commission voted to enact a noise ordinance during its meeting Monday night.

“Let me just paint a picture for you,” said Sean Owsley, one of the residents in the area during a meeting in April. “You survived a tornado, your family, loved ones, father, son was killed in it. You get woken wide awake at 4 a.m. on a day that there are severe storm threats in the area to somebody playing tornado sirens, air raid sirens.”

The noise complaints include the recorded, non-EMA tornado and air raid sirens, but also the sounds of coyote mating calls, other animal noises, church bells and more.

“This [neighbor] basically made the comment, if you can hear this you must live in a trailer and that’s your own fault,” Owsley said. “Regardless of what anybody lives in, if I live in a cardboard box, I should be able to go outside, on my porch, and enjoy the outside air, enjoy the summers, enjoy the nice fall nights and we can’t do that. I’m a half a mile away.”

Noises begin sometimes by 10 p.m. and continue through the early morning hours, as late as 5 a.m, Owsley said.

“We’re just asking for something to be done so we can enjoy the county,” he said.

One resident, Margaret Brown, was later arrested after warrants were placed on noise complaints. However, in October, the disorderly conduct charges were dropped.

Since then, complaints have continued about noise problems in the county, about several locations and properties.

“I advocate that you pass this ordinance, which I understand may come before you this evening,” said one resident, Carl Gagliano at a meeting in September. “And I’d like for it to have enough teeth in it to where penalties are such that people will give more consideration to other people.”

Monday night, during the public hearing, Marie Maples reiterated the residents’ concerns and shared that Owsley had moved away due to noise.

“It’s continuous noise,” she said. “Music … I can’t even let my dogs in my backyard to do their business, two little Yorkie dogs. They are a nervous wreck.”

Brown was in attendance Monday night and responded to the complaints saying that although noise has continued, it is not coming from her property.

“I think there’s a problem out in my neighborhood because there’s been no noise from my residence in some time now and I’ve heard noise myself but it’s not coming from the property where I spent the night last night,” she said.

The county has been holding interviews to find a new county administrator to replace Roger Rendleman, who has been serving the county in this position for over 20 years.

Leverette was one of six candidates interviewed and narrowed down as a front runner, said County Commission Chairman Bill English. She appeared before the commission Monday night to answer questions and wait as the commissioners discussed in executive session.

Leverette is currently serving as the director of risk management for the Montgomery County Commission and said this would allow her to transition well as she already works with department heads and elected officials.

“With my broad background in many different areas over the past 20 years, I think though that broad background is going to help me help the elected officials and the department heads in doing things within their department,” she said. “I’ve got extensive experience in human resources, and risk management and litigation.”

District 1 Commissioner Doug Cannon asked Leverette what her first-year priorities would be.

She responded that the American Rescue Plan Act funding is a priority, along with helping the county transition into curbside pickup.

– The commission approved the county’s participation in the ACCA IAC Program.

– The commission approved a speed limit reduction on Lee Road 379.

– The county agreed to place a dead end sign on Lee Road 057A and look into vacating the road.

– The commission approved a request by District 4 Commissioner Robert Ham for the use of the meeting center on Dec. 22 and 23 to “wrap gifts and package food for needy families in the community.”

– The commission approved an educational reimbursement request for the Sheriff’s Department.

– The commission voted to dispense with the second commission meeting in December on Dec. 27.

– The commission voted to restructure the probate office pay.

– The commission approved a temporary compensation increase for Joel Hubbard, chief building official, who is serving until a permanent planning director is hired.

– The commission approved two new positions in the Parks and Recreation department — two maintenance workers and a parks maintenance supervisor.

– The commission approved a contract with PH&J Architects for renovations to courtroom sand the judicial suite.

– The commission approved the use of $1.3 million of the American Rescue Plan Funds for replacing the air handlers and ventilation system in the T.K. Davis Justice Center.

– The commission approved an agreement with the Beauregard Parks department for using a Beauregard Park property for investigation of a road for a septic system.