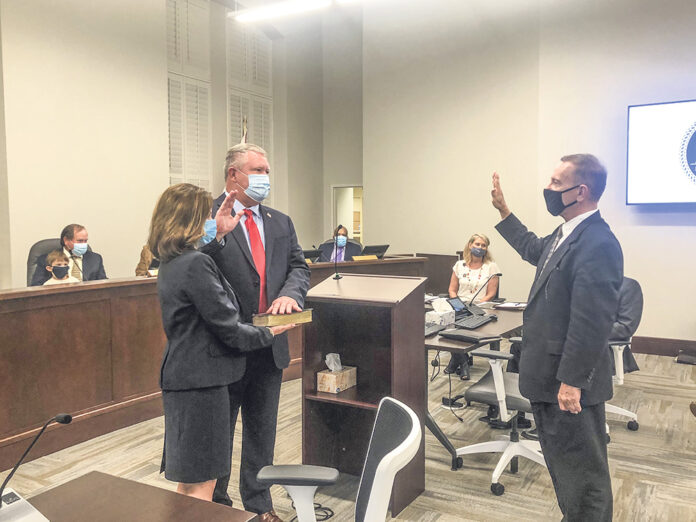 The Lee County Commission swore in its newest member during a special-called Thursday meeting.

Doug Cannon and Gary Long were both elected during the Nov. 3 election. This will be Cannon’s first term on the Lee County Commission, serving District 1.

Long has been serving Ward 3 since 2008, when he was first elected.

County Administrator Roger Rendleman said that each year, the country tries to budget under what it will actually need so that there is excess rather than debt. Additionally, he charges each department with saving money and budgeting under what they will need.

The general fund has $2 million that can be allocated, while the requests totaled over $2.3 million.

Requests that were approved from the general fund:

Requests that were modified:

There were two carryover purchases from Fiscal Year 2020, including:

“There was a rhyme or reason to this,” Rendleman said. “For instance, EMA asked for vehicles. Now, that fleet is old and they do need vehicles. They also asked for a bunch of chairs. But we’re really working towards doing a renovation in their building and there’s no reason to buy a bunch of new furniture that they’re going to bang up when you move it around so they understand they can hold off on the chair purchases.”

The sheriff’s office too was denied part of its request, but Rendleman explained that he tried to accommodate the departments as best he could.