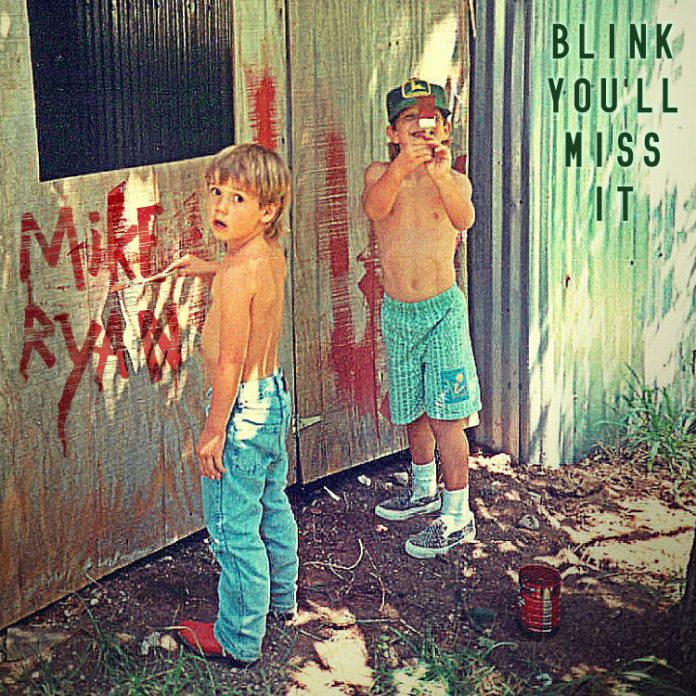 Singer-songwriter Mike Ryan is set to perform at Bourbon Street Bar & Grill in Auburn Feb. 23. Ryan is touring in support of his acclaimed album “Blink You’ll Miss It” and his recently released single “Other Side Of The Radio.”
The song already has more than 800,000 streams on Spotify and is climbing the Texas Music charts. Ryan’s previous song, “‘Damn Good Goodbye” amassed nearly 3-million streams on Spotify and hit the top-5 on the Texas Music charts.”Damn Good Goodbye” followed his highly-lauded single “The Rewrite,” featuring Brad Paisley on guitar. Blink You’ll Miss It debuted at #6 on iTunes Top Country Albums chart. The album garnered rave reviews from fans and press. Pandora and The Boot named Ryan an Artist To Watch and Music Row called the new music “Essential listening.” For tickets and more information, visit www.aubourbonstreet.com/.
Listen to “Other Side of the Radio,” at www.spoti.fi/2DIi2ko.
Blink You’ll Miss It was highlighted by Rolling Stone Country, Sounds Like Nashville, and NASH Country Daily as a standout collection of songs that shine a light on Ryan’s knack for impressive songwriting, pop sensibility and vocal prowess. Cowboys and Indians pointed out, “Singles like ‘New Hometown’ and ‘Sad Song’ offer only a small taste of the overall talent displayed on Blink You’ll Miss It” and Lonestar Music Magazine added that the results on the album “…suggest that his career will only take off even more…” Ryan shared some of the inspiration behind his third studio album and his writing process with San Antonio Magazine and Celeb Secrets. The Boot premiered the music video for “Sad Song” and shared, “Ryan’s intensely powerful, emotive vocals and beautifully simple piano playing give the track an ultimately uplifting and wholly authentic, if not entirely hopeful, feel.” “Sad Song” was a featured Sirius XM Highway Find. View the music video on YouTube.
Blink You’ll Miss It hit #15 on Billboard’s Heatseekers Albums chart and #43 on Billboard’s Independent Albums chart. The project is Ryan’s third studio album and follow up to Bad Reputation which peaked at #34 on Billboard’s Top Country Albums chart and yielded three #1 singles on the Texas Music Charts and New Male Vocalist of the Year at the Texas Regional Radio Awards (2015).
The San Antonio, Texas native’s talent has captured the attention of fans in the Lonestar state and it hasn’t gone unnoticed in Nashville, Tennessee and beyond. Signed as a songwriter to Sea Gayle Music Publishing, Ryan co-wrote Brad Paisley’s “Last Time For Everything,” with Paisley, Smith Ahnquist, Chris DuBois, and Brent Anderson. Influenced early on by his grandfather’s musical ability, Ryan taught himself how to play the guitar while in college and he has since built an enviable following of avid fans, performing more than 150 shows per year, including headlining shows at the iconic Billy Bob’s in Fort Worth, Texas.
For more information and for a full list of tour dates, visit www.mikeryanband.com.