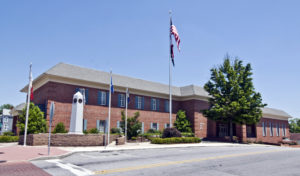 The Opelika City Council suspended the rules at last Tuesday’s regular meeting to pass an ordinance calling a special election Feb. 13, 2018. The election will be for citizens of Opelika to decide whether to renew a previously standing annual property tax for education.
“This is not a new tax, it is a renewal and continuation of an existing tax,” City attorney Guy Gunter said. According to the resolution, the tax was first passed in 1965 and was last renewed in 1989. If passed in February, the one-half of one percent property tax will be extended until 2048.
Polls at the following locations will be open from 7 a.m. – 7 p.m. on election day.
Ward 1 – Covington Community Center, 213 Carver Avenue
Ward 2 – Opelika Learning Center (Old Jeter Primary School), 214 Jeter Street
Ward 3 – Opelika Community Center, 1102 Denson Drive
Ward 4 – EAMC Education Center, 2027 Pepperell Parkway
Ward 5 – Opelika Sportsplex and Aquatics Center, 1001 Andrews Road
Absentee Ballot Box – City Clerk’s office, Municipal Building, 204 S. 7th Street
In other business, the council also:
-approved a request from the Lee-Russell Council of Governments for a Mardi Gras walk/run Feb. 10, 2018.
-approved the purchase of three zero turn mowers for ESG.
-approved the purchase of two 2018 Ford F150 pickup trucks for Opelika Police Department.