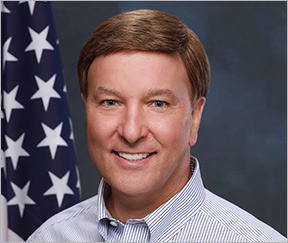 House Homeland Security Committee Ranking Member Mike Rogers (R-Alabama) released a statement last week after he voted against the government funding bill.
“Securing our borders and supporting law enforcement used to be bipartisan priorities. Unfortunately, that is no longer the case. I was hopeful Democrats on the conference committee could put politics aside and embrace an all-of-the-above approach to border security, a strategy that includes investing in physical barriers, 21st century technology, and manpower.
“Ultimately, this agreement did not go far enough in advancing those goals. It doesn’t give President Trump enough for a border wall system, provides no new funding for border patrol agents, and limits ICE’s ability to enforce our immigration laws.
“I applaud Sen. Shelby and Rep. Granger for their good faith efforts to reach the best possible deal, especially given the difficult hand they were dealt. President Trump has the authority to build on what Congress has given him to secure our southwest border. I look forward to hearing more about his plans to use his executive authority to do so. I support President Trump’s efforts to keep America safe.”
State of Emergency
Rogers later released this statement following President Trump’s announcement that he is declaring a national emergency to secure the southwest border.
“It’s the president’s job to keep America safe from threats to our nation. I stand by President Trump’s decision to use his executive authority to secure our southwest border. An emergency declaration will give him the resources Democrats in Congress failed to provide to address the cartel activity, influx of drugs, and illegal immigration flows that have created a humanitarian and national security crisis at our border. I’m disappointed that Democrats failed to take this crisis seriously, forcing the president to resort to these measures.”
Background
Rogers led Homeland Security Republicans in calling on the Homeland Security Appropriations Conference Committee to pursue an “all-of-the-above” approach to border security.