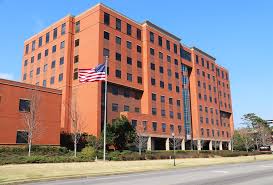 Monday marked the start of the Community Vaccine Clinic being open from 3 – 7 p.m. Monday – Wednesday. But it also marked the last “first” doses at the clinic. People receiving a first dose on Monday will receive their second dose on June 14, and that will be the clinic’s last day of operation. The closing is due to very low demand at the clinic—and plenty of vaccine in the community. As a result, the clinic will not be open on Saturday, June 5 as previously announced. Our call center is contacting anyone affecting by any of these changes to get them re-scheduled.

“I personally want to thank our community for the support you have given us throughout this pandemic, and specifically for your support of the Community Vaccine Clinic,” stated Bruce Zartman, East Alabama Health’s VP of Support Operations, who has been overseeing the clinic since day one. “We started giving vaccines to healthcare workers and first responders on December 15 in the EAMC Education Center. As the eligible populations for the vaccine expanded, we realized we needed a larger clinic in order to make a real impact in our efforts to stop the spread of COVID-19.”

Speaking to the coalition that formed quickly in late January, Zartman had the following message: “We needed our community to help us and you absolutely responded! Thank you to the mayors of the cities of Auburn and Opelika who partnered with us and gave us the full support of their city leadership and staff. Thank you to the Lee County Emergency Management Agency, the schools of nursing at Auburn, Southern Union and Tuskegee, the Edward Via College of Osteopathic Medicine, and to Auburn United Methodist Church for joining our coalition and making this experience as successful as it was.”

In closing, Zartman had the following words for the clinic’s unpaid help. “Lastly, thank you to the 1900 community volunteers who gave of their time to support this effort. This was truly a community vaccine clinic. Our friends, families and neighbors banded together to provide more than 89,000 vaccines for their friends, families and neighbors in the fight against this virus. This was historic and meaningful. Be proud of what you accomplished.”

The Pfizer COVID-19 vaccine will still be offered by the East Alabama Apothecary, whose main pharmacy is located inside EAMC. It will be available Monday – Friday, and appointments can be made by calling 334-528-2293. –