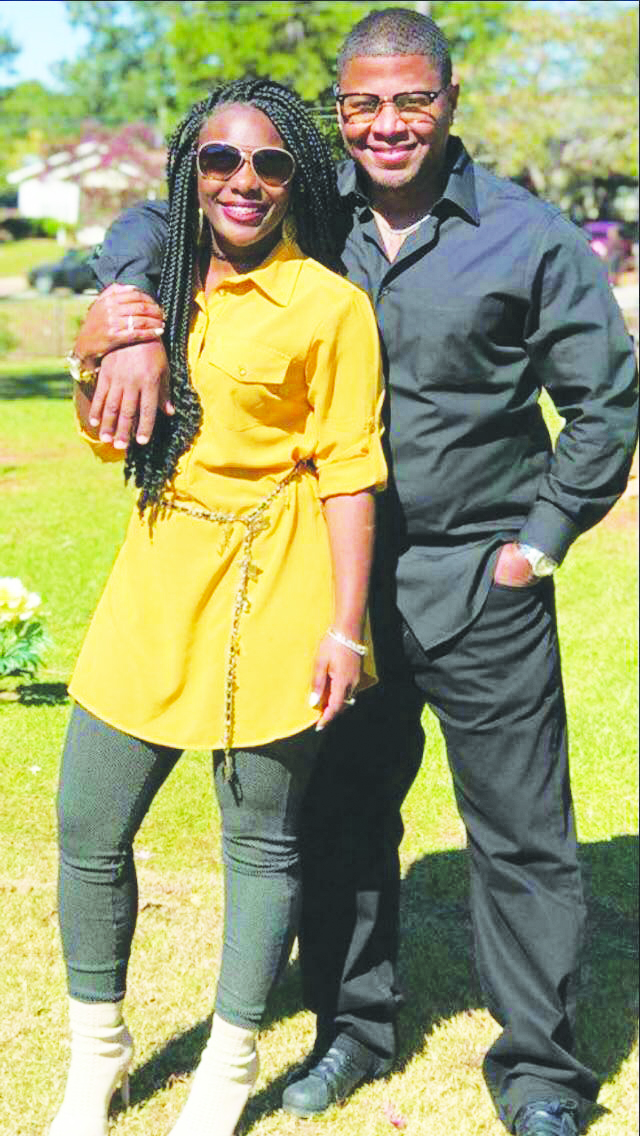 Auburn residents Omar Marshall and Brittney Spinks, runners-up in this year’s cutest couple contest, describe themselves as a couple who are enjoying life and each other.
Marshall and Spinks, who have been in a committed relationship for almost a year, first met in February 2012 at one of Marshall’s parties. From there, the two became fast friends.
“In a relationship, I feel like you should build a friendship first. You can’t be together if you don’t have a friendship,” Spinks said.
Marshall agreed, noting that their friendship made the transition into a relationship much easier.
“It makes the relationship that much better because she’s not only my girlfriend, she’s my best friend, and there’s nothing I can’t talk to her about,” Marshall said.
The two were seeing other people in the beginning of their friendship, and they both said they advised each other through their relationships at the time. They both found themselves single in 2017 and decided to try dating each other.
“It was the best timing for both of us, so now we’re just enjoying life,” Marshall said. “Everybody loves to see us together.”
In the months since they started dating, Marshall and Spinks have travelled to cities across the southeast, including Birmingham, Atlanta and New Orleans. The two took a trip to Miami for Spinks’ birthday, which they said is one of their favorite memories together so far. Marshall said their experience parasailing in Miami triggered an interest in activities like indoor skydiving.
“We had to crawl before we walk, so we went indoor skydiving…now we’re going to get up the nerve to go actually jump out of a plane,” Marshall said.
Marshall and Spinks are also looking forward to traveling to the Dominican Republic in July.
The couple said that the most important element in the success of their relationship is communication. Spinks also said she and Marshall can’t go to sleep when they are upset with each other.
“Every situation or obstacle that comes our way, we always sit down and talk about it first before we act on anything,” Marshall said.
They also said they believe a healthy relationship must have trust, compatibility and a willingness to compromise. For Marshall and Spinks, deciding between turning on the heat and the air is a common cause for compromise.
Though Marshall and Spinks placed second in the contest, they both expressed their love and support for the winners.
“That (picture) was my favorite. That was too cute,” Spinks said.
“That picture of that couple, still together, that is the goal,” Marshall said, noting the look of love between Mr. and Mrs. Hamby in their winning photo.
“That’s what everybody’s striving for…that’s what everybody wants. That’s the dream.”