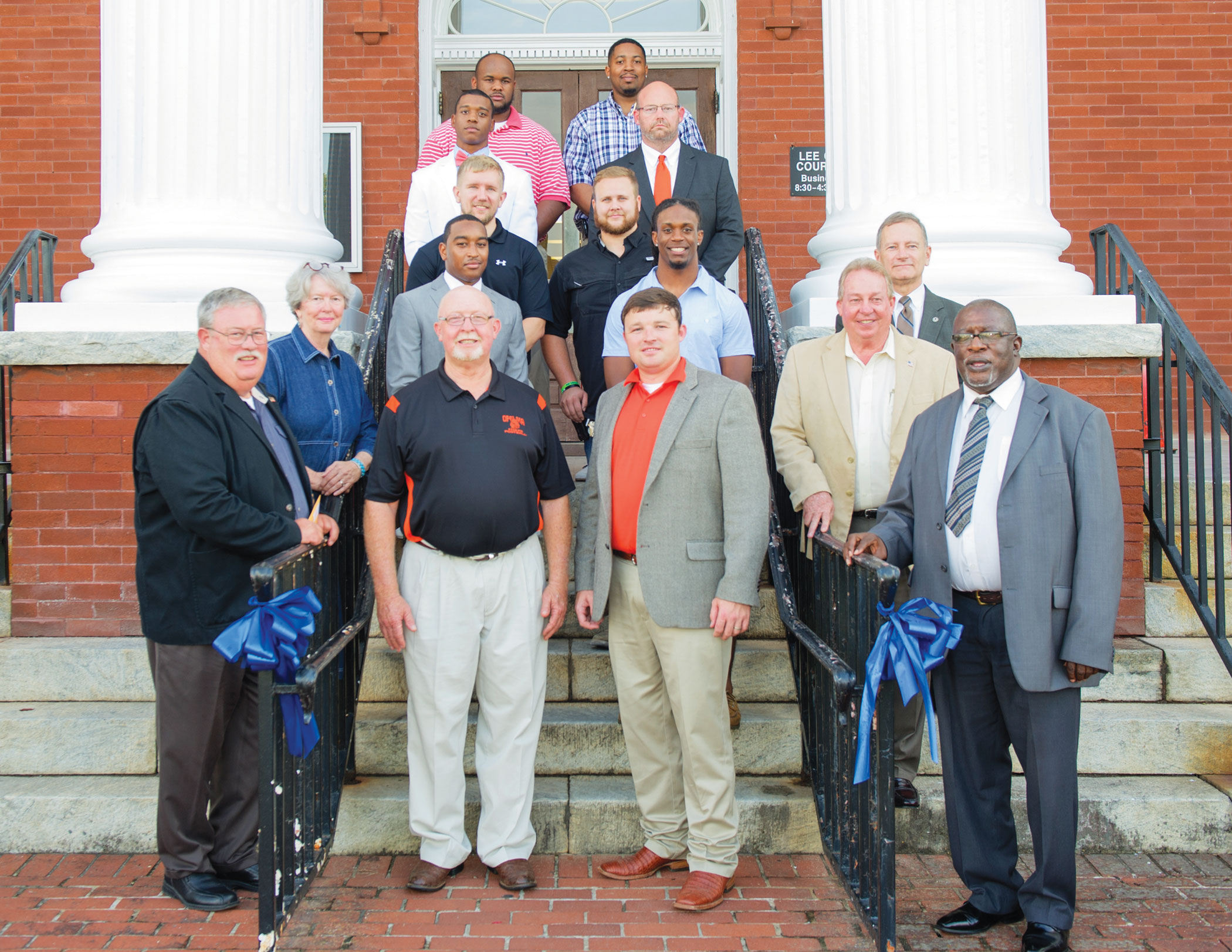 The highlight of last week’s Lee County Commission meeting was recognition of the Opelika Chiefs, our own APDFL (developmental league) team, national runners-up to the Oklahoma City Bounty Hunters in the league’s championship game (17 – 14), a 2015 – 2016 record of 21 wins and a single loss and 21 wins in a row. Several Chiefs players, head coach Hunter Price, General Manager Jason Dunson and owner Randy Price were present for the commission’s congratulations.
Ms. Gerri Young gave a report on activities of the Family Enrichment Center, an adjunct of the Mt. Zion Baptist Church in Loachapoka. Groundbreaking ceremonies for their new building will take place August 7 at 2:30 p.m. Ms. Young introduced Miss Olivia Durand, an Auburn High School junior volunteer at the Center who works with its youth program. Miss Durand stated her firm belief in the character building attributes of the program and introduced two young participants who made brief statements about how they had benefited from the program.
In other actions, the commission:
-adopted an Americans With Disabilities Act Transition Plan for Lee County.
-received documents and approved several resolutions related to land acquisition and architectural service for the construction of the Beulah Senior Center.
-approved a low bid of $422,479 from Associated Mechanical of Montgomery for replacement of the heating and air conditioning system at the Lee County Detention Center,
-scheduled budget work sessions following regular commission meetings on Aug. 8 and 29 and, if necessary, Sept. 12.
-approved an “Adopt-A-Mile” program request from Holly MacIntire, in memory of Daniel Specker (0.3 mile of LR 173 from US Hwy. 431N -old Plainview Grocery- to the Chambers County line,)
-granted Chief County Building Official Joel Hubbard’s request for actions (posting public notice, scheduling public hearing prior to 8/29 commission meeting and resolution) leading to an update of the Lee County Building and Administrative Codes. The updated codes will be effective Sept. 1.