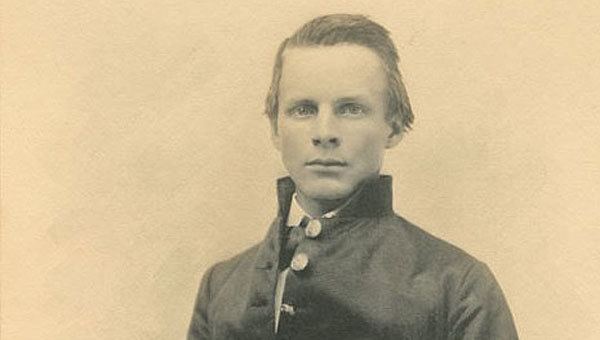 While not wanting to go overboard on this “Confederate History” thing, I do have one more comment to make.
And it’s really not about the Confederacy at all.
In years past the city of Jacksonville has commemorated the life of one of Calhoun County’s own, John Pelham, who was born in Alexandria in 1838 and died in Virginia on March 17, 1863.
Paying homage to anyone or anything associated with what happened in America between 1860 and 1865 is tricky, for no matter how you go about it, there are those who will accuse you of “political correctness.” Let us understand at the outset — almost everything relating to that era is politically correct to someone, right down to the name, “Civil War” or “War Between the States,” each of which has its supporters and its detractors.
I am not going to get into that. It is an argument between those who care, and I am not one.
But I do care about John Pelham, not so much for the fact that he was likely one of the most talented artillery officers in the conflict, but because at an early age he became, for me, a symbol of all the young men who go off to war and don’t come back.
To the best of my memory, Pelham was the second Confederate soldier I knew by name. The first was my great-grandfather.
My 4th grade teacher, Mrs. Willie Tucker, introduced me to the “Gallant Pelham.”
Mrs. Tucker taught Alabama history the way she was sure God intended it to be taught. When school opened she began with the Indians and stayed with the Indians until we took our Christmas break. Returning in January she began telling us about John Pelham.
I remember her account.
He was young and handsome – she showed us a picture just to confirm it. And he was dashing, brave, and gallant – she knew he was gallant because no one less than Robert E. Lee said so (and I had a third name to add to my Confederate pantheon).
I learned later how significant Lee’s comment was. The Confederacy did not give medals. “They are all heroes,” Lee reportedly said. So, in lieu of decorations, Confederate officers prized a mention in their commander’s official reports. Pelham got his, twice, once when Lee called him “gallant” and again when the General wrote how it was “glorious to see such courage in one so young.”
Even his enemies were impressed. George Armstrong Custer, who seldom praised anyone but himself, wrote the young Alabamian after his heroics at Fredericksburg, “I rejoice, dear Pelham, at your success.”
Pelham was the cavalier, the Galahad, the stainless knight, blond, boyish and brave. He was what men and women on both sides admired.
For Pelham, the war ended on a Virginia spring day in 1863. At a minor engagement at Kelly’s Ford, as he called to his men to “press forward to glory and victory,” a shell burst nearby and he slumped in the saddle. A fragment had entered the back of his head. He died the next day.
“The noble, the chivalric, the gallant Pelham is no more,” wrote his commanding officer J.E.B. Stuart. “Let the tears of agony we have shed, and the gloom of mourning throughout my command bear witness.” In another report Stuart added that Pelham’s “record has been bright and spotless, his career brilliant and successful.”
Mrs. Tucker told us this and how three (or was it six?) Virginia girls put on mourning. Then she told us how they place the fallen hero in a metal coffin with a window through which they could see his beautiful face, unblemished by death, and took him home to Jacksonville, where every spring flowers still bloom from cuttings that came south with the bier.
I am not sure how much of this Mrs. Tucker got right, but the impression she left has stayed with me to this day.
Thinking about John Pelham, I am reminded that there were young men on both sides of that conflict whose records were “bright and spotless” and whose careers were “brilliant and successful” until war put an end to them.
There is little to associate Pelham with the politics of secession or with all the controversies about that war that bedevil modern Americans. And dying when he did, he was not there for Gettysburg and the slogging horror of defeat after defeat along the steady retreat that ended at Appomattox Courthouse. Some say he might have made a difference if he had lived, but in the end, probably not. God, it is said, favors the side with the strongest battalions.
But for a short while John Pelham represented what we should remember about brave men who lose their lives fighting in wars they did not start, and at times die for little more or less than to confirm that they are brave and worthy.
That, I think, is worth commemorating.
Harvey H. (“Hardy”) Jackson III is Professor Emeritus of history at Jacksonville State University. He can be reached at hjackson@cableone.net.