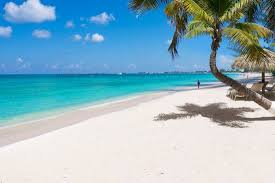 Some of you know that before I retired, I spent my twilight years, professionally speaking, researching, and eventually writing a book about the Alabama-Florida Gulf Coast since World War II.  The project involved spending a lot of time down there, so much time that my publisher began to wonder if I would ever finish – “I promise, it is almost done. Just one more Mullet Toss.”
Even a serious scholar like myself can get sidetracked by half-naked women throwing fish.
Well, The Rise and Decline of the Redneck Riviera is available on amazon.com and in your favorite upscale bookstore – shameless plug.
In putting a book together an author has to decide what goes in and what is left out. Because one of the things I left out was a chapter titled “Here Come the Christians,” I’m gonna tell you what was in it, so you can clip this column and when you buy the book you can stick it between pages 188 and 189.
Of course, there have always been Christians on the coast. Coastal communities have churches a plenty. Go inland a bit and you find even more. It’s still the Bible belt you know.
But generally speaking, tourists don’t do church. It just doesn’t fit the laidback hedonism that Jimmy B. sings about.
And the weekly rental cycle works against it. You check in on Sunday afternoon, check out Saturday morning.
Yet for some the beach is synonymous with church. They are the ones who go down to the coast for spiritual renewal. The ones who go to a church retreat.
Though Church groups had been slipping off to the coast for years, this recent wave of coastal Christian retreating can be traced to the early ‘70s, and roughly corresponds to the rise of the Moral Majority and the Evangelical Right.
Young Evangelicals, like young folks everywhere, wanted to go to the beach. But Evangelical parents, like parents everywhere, did not want their children exposed to the sin and degradation they had heard existed there. So parents and preachers decided to take their kids down as a group, maybe with other kids from likeminded churches, so they could keep them insulated and isolated. They rented a motel – carefully chosen to be away from bars and nightclubs – where the youth could devote their time to sun, surf, and scripture. (Co-ed swimming allowed so long as the girls wore t-shirts over their already modest bathing attire.) Then after a week or so of carefully orchestrated, heavily chaperoned fun and fellowship they headed home, usually with stories about the ones who almost got caught doing what they weren’t supposed to do.
Pretty soon some motels began to cater entirely to a church clientele, who were cleaner, neater, and less trouble than the regulars. “Christian Retreats” sprouted up all along the coast.
But remember, these were Evangelicals, so it was not long before they began to leave their little islands of spirituality and go out to save souls. The odds seemed to favor the sinners for, as a young missionary I know observed, “It’s pretty hard to witness to someone who is drinking a beer and wearing a thong.”  Still, they were out there trying.
In time the Evangelical impact was felt in other ways.
Since Evangelicals didn’t spend money at bars and clubs, every motel they took over meant less business for local watering holes.
Evangelicals also put pressure on businesses in the area to clean up their acts – crack down on underage drinking, cancel wet T-shirt contests, and cover up topless dancers. In other words, take the redneckery out of the Riviera.
Particularly troubling to beach-bar-bunch was the way the invaders began pressing local governments to enforce the rule that says alcohol can’t be sold within 500 feet of a church or school. If a Christian retreat was declared a church, then bars and such within the limit would have to close down.
Which was just fine with Evangelicals.
Until the rule backfired.
Down on the coast a church was having difficulty finding property for its new worship center. No one would sell the congregation a site because locals feared that the presence of a church would “hinder growth” in the area. Put a church there and the property around it becomes less valuable commercially because businesses built there couldn’t serve alcohol.
So, the preacher went to the county commissioners and asked that his congregation be authorized to waive the 500-foot ordinance so they could buy the land and build. And the commissioners agreed.  “This allows the church to be a presence in that community,” the preacher told the press. “It’s a good thing.”
Now some folks won’t think so. Some folks will think it’s a deal with the devil, a compromise that should not be made. But me, I side with the preacher. I also side with business folks.
Then again, you knew I would.