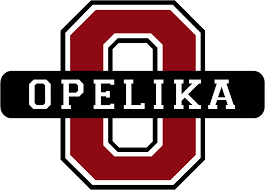 Hopefully you have the latest information pertaining to COVID-19. I am going to take a trip down memory road and write about one of the
“key” people responsibly for advancing OHS football, known state wide-Coach Joe Wilson.
I entered my freshman at OHS the same year Kyle Gantt was hired to replace retiring coach Larry Gore. My senior year, after football season, Kyle Gantt resigned with an overall record of 12-28. Gantt was 0-4 against Auburn, did not participate in the Region (2 years) and dressed out less than 40 players. There were other factors involved, none of which Gantt controlled.
Opelika Superintendent Dr Clyde Zeanah and OCS Board member Mr Bill Horsley were two in charge of the coaching search. I was friends with the Horsley family because of his three children. I would ask Mr Horsley for updates, not getting much in return. One particular day, Mr Horsley asked if I would like to attend the press conference for the new Opelika football coach.
The Press conference was held in a small conference room at the main office on Simmons street.
Dr Clyde Zeanah introduced Joe Wilson as new Athletic Director and Football coach in January 1982. Little did I know, Coach Wilson was about to change the “culture” at Opelika High School. Coach Wilson arrived with an incredible attitude. There were no hash mark with initials, no slogans, no hype videos, no social media videos. Joe Wilson was an Opelika graduate and knew what it would take to make OHS a winner and compete state wide.
The first day on campus Coach Joe Wilson walked the halls, introducing himself and asking students to play football. I never witnessed this in my prior 3 1/2 years, no one asked students to play football. This paid dividends, OHS dressed out over 80 players in the spring, doubling the number from the 1981 team.
As Fall arrived the Bulldogs dressed 78 players for Coach Wilson’s first game, a 21-0 win over Jordan (Ga). The winning was just beginning. OHS finished with a winning record, 7-3, for the first time since Coach Gore’s team in 1976. Auburn High was in the middle of a nine game win streak over OHS, Wilson’s first team lost a close 26-21 at Duck Samford Stadium.
In year two, Coach Wilson duplicated the 7-3 record but defeated Rival Auburn 21-14 in front of a packed house at Bulldog Stadium.
The third season ended 7-4, a second place Region 6, another win over Auburn and advanced to the playoffs for the first time in many years.
The next two seasons, Coach Wilson led Opelika to 20-4 record including an undefeated 10-0 season in 1986. OHS advanced to the quarterfinals in 1986, beating Central in the regular season and in the playoffs, beating AHS before losing in the playoffs to eventual State Champion Robert E Lee..
Those of us that attended OHS and the many fans that follow the Bulldogs know, Coach Joe Wilson brought a sense of pride to the program. He turned a loosing program into a winner in a short period of time, some like to say Wilson- “turned the train around on the track”.
As the “Voice of Opelika” for over 35 years, Coach Joe Wilson revitalized Opelika High Football like Coach Larry Gore did in the late 60’s-early 70’s.
Coach Joe Wilson is the reason Opelika was able to hire Doug Barfield, former Auburn and Southern MS coach. The program was in incredible shape on and off the field. Financially, Opelika went from in the red, to in the black. More people were attending games, more sponsors were contributing money.

DIXIE BOYS BASEBALL (13-15 year olds)
Opelika’s Dixie Boys Baseball program is asking all players interested in playing, to email D.Mark Mitchell at foxonthemark@yahoo.com or call the Sportsplex at 334-745-5525 to add your name to the list. Registration in person has delayed due to the shutdown caused by COVID-19.

This is not official, but appears the 2020 spring athletic season is over due to COVID-19. Executive Director Steve Savarese, appearing on my radio show “On the Mark” last week, said he is in constant contact with Alabama State Superintendent Dr Eric Mackey each day. The two work well together and the AHSAA will continue to monitor this unique situation.

COVID-19
I want to THANK our city leaders, Mayor Gary Fuller and Mayor Ron Anders for working together during the COVID -19 outbreak. Opelika and Auburn continue to help each other which a win for all of us.

“ON THE MARK” RADIO
You can listen to “On the Mark” radio version weekdays, 6am-9am central time, on FOX Sports the Game 910-1310. Jeff Sasser and I host the morning sports show with help from many guest host. You can listen on 910am, 1310am, on the iheartradio app and online at foxsportsthegame.com. We will continue to bring you the latest a information as it develops.