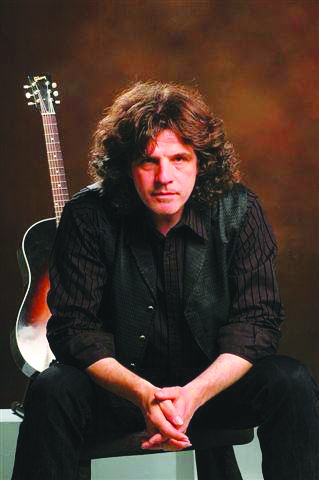 Claude Bourbon will return to Sundilla on Sept. 21. Showtime at the Auburn Unitarian Universalist Fellowship is 7:30 p.m. and advance tickets are available for $12 each at Spicer’s Music, Blooming Colors, World Cup Coffee, and online at sundillamusic.com. Free coffee, tea, water and food will be available, and attendees are welcome to bring whatever food or beverage they prefer.
Bourbon “dazzled the crowd at his first Sundilla performance” said Sundilla organizer Bailey Jones, “and since then, we have made a point of getting him back here every five years or so. We would bring him in more often but he has to travel about 4,000 miles to get here.”
It is very hard to describe the almost endless amalgam of different influences in Bourbon’s playing, all melting into each other, as he moves from classical openings, across a whole continent of cultural roots, from the Balearic’s to the Balkans, and then across to the Mississippi Delta, and shoehorned into all that is music that would not have been out of place in the courts of emperors and kings.
Bourbon weaves his songs through the audience as if on a journey through life taking in different flavors of Europe and beyond.
His Spanish medieval blues evolve into gypsy, eastern European, with a splash of Paco de Lucia, delta blues and more, holding the attention of the audience as if they were under a musical spell.
It is not easy to begin to describe the breadth or mastery of the music you will hear if you are fortunate enough to catch one of Bourbon’s gigs; it is a sensory experience like no other.
A top master of his craft and never appearing to be rushed, he has impeccable timing and makes things that one can only marvel at seem simple.
While the temptation might be to close one’s eyes and get lost in the music, it is fascinating to listen while watching Bourbon’s hands.
He plays with all ten fingers for a reason: because that’s all the fingers he has. Bourbon’s inimitable style incorporates all five digits on each hand dancing independently but in unison, plucking, picking and strumming at such speed and precision that his fingers often seem to melt into a blur.