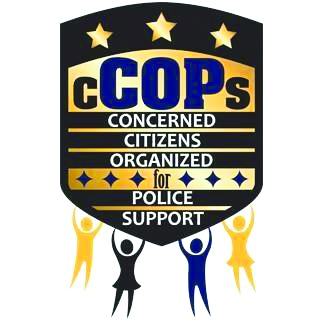 City of Opelika Mayor Gary Fuller will host a press conference Oct. 25 to recognize four area law enforcement officers for their sacrifices and service.
“We were approached by the Concerned Citizens Organized for Police Support group in the spring of this year and felt it was a program that is much needed in today’s environment with law enforcement,” Fuller said. “The program was shared with the police chiefs of both Auburn and Opelika, along with Lee County Sheriff Jones, who strongly endorsed this program.”
Lee County’s Kiwanis Clubs have also voted to be a part of the program.
Concerned Citizens Organized for Police Support (CCOPS) is a nonprofit organization whose purpose is: to give support to members of law enforcement as they do their jobs in protecting the lives and safety of our citizens. This is achieved in three ways: interaction with the citizens and the police force, media campaigns addressing the sacrifices that law enforcement make daily and honoring the best.
Following is the list of officers that will be recognized at the event: Sgt. Reid Chambers of the Auburn Police Department; Sgt. Craig Vickers of the Opelika Police Department; Deputy Sheriff Jeff Sauerwine of the Lee County Sheriff’s Office and Trooper Christopher B. Williams of the State Troopers Office.
These awards will be presented to these officers by members of the three Lee County Kiwanis Clubs.
The ceremony will begin at 10 a.m. in the Council Chambers in City Hall, which is located at 204 S. 7th St. in Opelika.