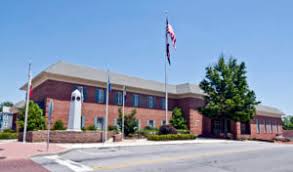 The Opelika City Council voted on Tuesday night to approve a resolution to draft legislation to seek passage of a local bill to extend the corporate limits of the municipality of Opelika.
The proposed property, located north of the city, includes the site of the proposed quarry that Creekwood Resources has submitted permits for. With the council’s approval, the resolution will be legally required to run four weeks of public notice by publication.
“The proposed bill will be submitted to Lee County’s local delegation, that’s seven members in that delegation,” said City Attorney Guy Gunter. “(The) legislature will be going on spring break later on and this will come up right after when spring break ends … that’s the timeline of getting this before the legislature.”
Rep. Pebblin Warren, head of Lee County’s delegation, will be asked to introduce the bill before the legislature.
The annexation would consist of approximately 1.95 square miles or 1,250 acres of land.