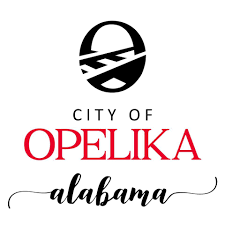 Because of the COVID-19 situation, the City of Opelika is extending building closure dates until April 17. As previously stated by city officials, city departments will continue to serve the public online, by phone or by email. They will continue to update COVID-19 related city issues at www.opelika-al.gov/COVID19.

The city will reevaluate the situation by April 16. Mayor Gary Fuller joined leaders from East Alabama Medical Center on a conference call on Monday morning. There were several areas of concern discussed. Mayor Fuller issues concerns in several areas.

If you think you have COVID-19 symptoms – fever, cough, shortness of breath – call 528-SICK (7425) instead of calling 911. A health care professional will screen you to determine if you need to be tested. If they determine you do need testing, they will schedule a location and time.

While many churches have moved to online services only — or cancelled church services altogether in the interim — there are reports that some still met as recently as last Sunday. We know that being at church is very sacred to many people, but it’s also a place where people are in very close contact and often greet each other with hugs and handshakes as a ritual. With that in mind, city and EAMC leaders again are asking that church members please not gather until our region has been deemed safe for group activities. In addition, city officials are asking that funeral homes work with families during this time to possibly delay funeral services. This is another place where because of sadness and need for consolation, people tend to come in close contact with one another. We desperately need to limit gatherings of more than 10 people.

The city will be locking the outdoor basketball courts at Covington Recreation and Bandy Park until it is deemed safe for recreation.