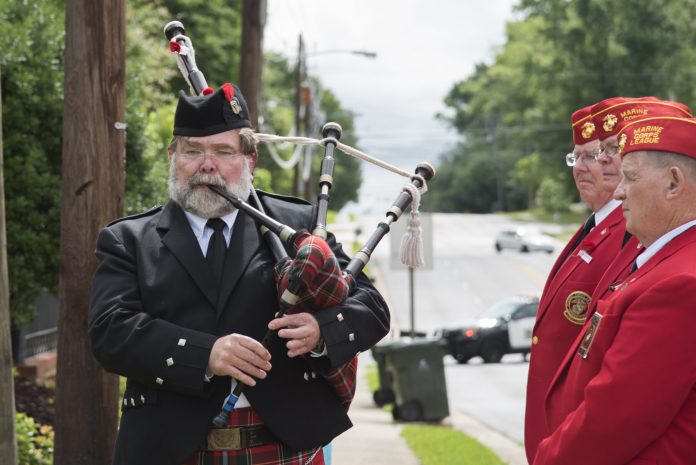 For the safety of the Auburn community, the annual Mayor’s Memorial Day Breakfast has been postponed. Instead, the public is invited to watch a livestreamed Memorial Day Ceremony as we honor the U.S. Military and those who have made the ultimate sacrifice. The ceremony will be held on Monday, May 25, at 9 a.m. and will be livestreamed on Facebook, facebook.com/CityofAuburnAL, and YouTube, youtube.com/CityofAuburnAL.
Mayor Ron Anders will deliver remarks honoring recognizing our nation’s heroes and the sacrifices they have made. He will be joined by Lisa Tabor who will sing “The Star-Spangled Banner” and Nathan Landers who will play “Taps” on the bugle. The ceremony will conclude with a bagpipe performance of “Amazing Grace” by Dan Drummond.
The City plans to hold a breakfast on Veterans Day, Nov. 11, honoring this year’s Distinguished Veteran Lt. Col. James Witte, U.S. Army, and the Hero Remembered Col. Gregory S. Townsend, U.S. Army, along with all of the Auburn community’s veterans. More details will be announced as we approach this fall. Find more information about the City’s efforts to honor the community’s veterans at auburnalabama.org/veterans.