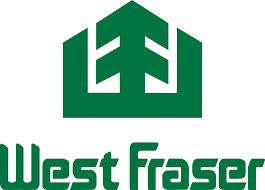 The Opelika City Council unanimously approved a tax abatement agreement for West Frazer Timber Company at last week’s regular meeting.The company, which is the largest timber producer in North America according to its website, will soon begin an expansion project that will be a $92.6 million total investment. According to the resolution, the expansion will be completed by summer 2018 and will produce four new jobs.
“I’d like to point out it’s not just the four jobs that will be created initially, it’s also retaining the jobs that are there,” said Lori Huguley, Director of Economic Development. “So this is a very big expansion that’s happening in Opelika that we’re excited about those jobs being retained there.”
In other business the council also:
– approved the purchase of meter communication modules for Opelika Power Services.
– approved a contract with iHeart Media for Opelika Power Services radio advertisements not to exceed $40,260
– approved the city budget for FY 2018.
– approved expense reports from various departments.
– recognized Mary Greene in honor of her 100th birthday.
– recognized Allyson Baker for being OPS’s 100th GIG customer.
– recognized the Opelika Chamber of Commerce’s 2017-18 20 under 40 class.