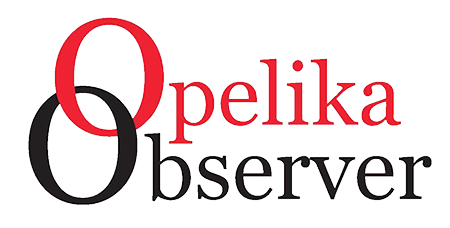 In 2008, a group of Opelika businessmen came together to form a weekly newspaper that would be owned by local people and feature news that mattered to local people. With the help of journalism students from Auburn University, the first issue of the Opelika Observer was published Oct. 30, 2008.
Big changes are on the horizon for the Observer. As of Aug. 1, the newspaper is under new management.
Michelle Key, who joined the staff as office and sales manager in October 2014, will serve as the interim editor, while Fred Woods takes a step back to enjoy retirement.
Woods, who was a part of the original group of investors, came on as editor in 2011 in a temporary capacity. Six years later, he said he is looking forward to finally returning to retired life.
Management changes are not the only thing coming down the pike for the Observer – as of Sept. 1 the newspaper will begin operating out of Collaboration Station, located at 216 S. 8th St. – the same building it began in nearly a decade ago.
With all the upcoming changes, Key said she wants to assure Observer readers that the style and focus of the Observer will remain the same.
“We want to grow and expand our market – but the Observer will continue to cover local news that matters,” Key said. “The cornerstone of the Opelika Observer has always been the community and it will continue that way.”