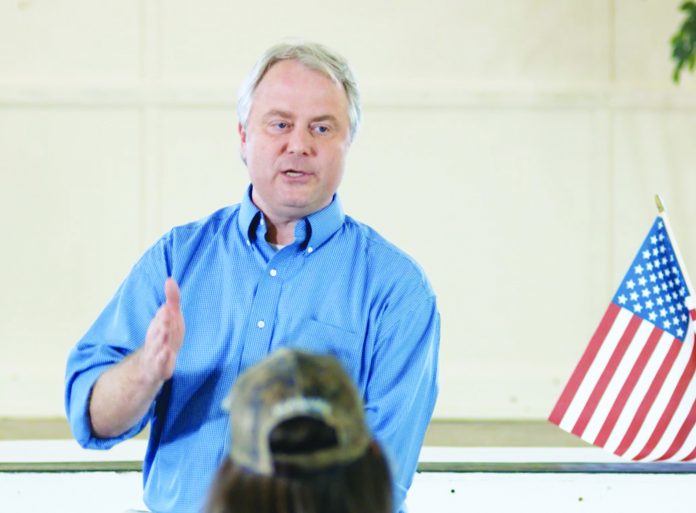 Longtime Auburn resident Thomas Casson recently announced his campaign for Alabama’s 3rd Congressional District.
Congressional District 3, a seat currently held by Republican Mike Rogers, covers east central Alabama and encompasses sections of Montgomery and Calhoun, Chambers, Cherokee, Clay, Cleburne, Lee, Macon, Randolph, Russell, St. Clair, Talladega, and Tallapoosa counties.
Casson, a former Republican, said his frustration with party politics has prompted him to run as an independent in this year’s election.
“The past few years of the Alabama Republican Party have not been good. We have endured a governor stepping down, we’ve endured our state attorney general taking an appointment from the governor that has stepped down to be a US senator, and we have endured the Luther strange and Roy Moore election,” Casson said. “So I just couldn’t in good conscience run as a Republican even though people recommended I should. I just couldn’t do it.”
Casson said he would have had to pay the Alabama Republican Party $3,480 just to get on the ballot, one example of what he believes is wrong with Alabama’s current political state.
“I think Alabama is ready for change, they are tired of the old-boy system and the corruption that comes with that,” Casson said.
He said he proved his dedication to combating corruption and changing the rules in Washington D.C by legally changing his name to Thomas ‘Sick of D.C.’ Casson.
“Just one day I came to the realization that my blog that was reaching across the country. That the name SickofDC.com just fit,” Casson said. “That really is a part of who I am as a person. I decided after consolation with my wife and family to legally change my middle name to Sick of D.C.”
In order to get his name on the ballot, the Auburn University alum will need 5,000 paper signatures by June 5.
The petition can be downloaded and printed from Casson’s website, SickofDC.com, for his supporters to sign and return.
“We’re building a true grassroots campaign. Anybody that would like to volunteer can certainly go to the website to sign the petition,” Casson said. “They can mail them to us or they can call us and we will pick them up. For me to get on the ballot it’s going to take people getting involved.”
For more Information on Casson and his campaign, visit www.SickofDC.com or www.facebook.com/tcasson1.